SCiBreak, an InnoEnergy supported start-up has developed a new hybrid circuit breaker, a key technology for power grids to increase the share of renewable in the new energy system. 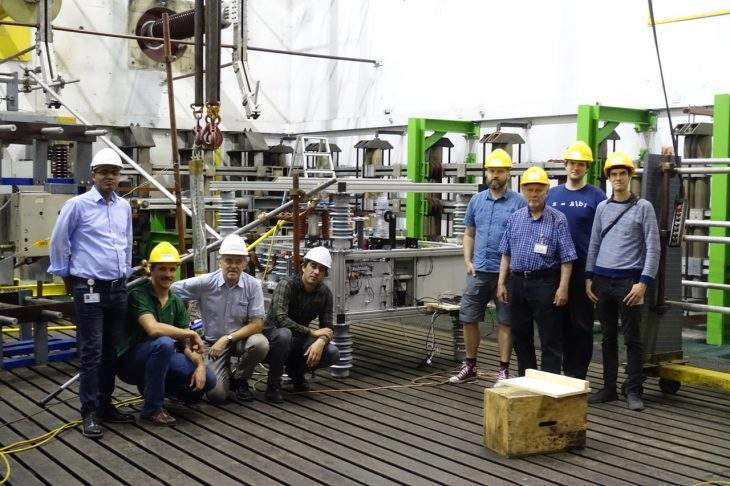 This small team from KTH has achieved tremendous results in a short period of time, from developing the device to their recent successful test of the circuit breaker prototype. We spoke with SCiBreak co-founder and KTH associate professor, Staffan Norrga, about their journey to this point and what lies ahead.

Staffan said: “I’m proud that we’ve managed to set up a team in such short time, to design a complex system with all that entails – such as mechanical design, electronics, software, etc.” He has worked with technology development in the electric power industry during most of his career and knows it’s crucial to have a really strong technical team with complementary knowledge and skills. “I have experience with similar development work in much larger organisations, with more internal support functions.

“Trying to do everything, including running the company, with 5-6 people definitely was a challenge. That we have managed to do this shows that the members of the team are very capable and versatile, and that teamwork has been excellent. We have succeeded in finding just the right people! And the support we have received from InnoEnergy in terms of network and advisors, with many decades of experience, has been extremely valuable.”

SCiBreak develops ultra-fast circuit breakers for medium to high voltage based on an innovative concept that enables the interruption of fault currents in both AC and DC grids in a few milliseconds and limits them before dangerous levels are reached.

This limits the disturbances and equipment damage associated with today’s slow AC breakers, or the high cost of existing DC breakers. By employing a combination of power electronics and mechanical interrupting elements, the use of expensive power semiconductors (the costliest part of a hybrid breaker) can be reduced tenfold.

High voltage direct current (HVDC) is a key enabler for a future energy system based on renewables since it’s a highly efficient alternative for transmitting large amounts of electricity over long distances. This is what makes HVDC breakers and HVDC technology so important and why there is a need for reliable power transmission grids with more capacity and a wider reach.

Since they make this pivotal technology affordable to enable such grids, SCiBreak is going to be a major player in this field!

The recent testing was made within the criterion of the PROMOTioN Horizon 2020 project, which seeks to develop meshed HVDC offshore grids and testing methodology for HVDC breakers. SCiBreak AB tested a DC circuit breaker module prototype at KEMA laboratories, a highly respected institute run by DNV GL. Extensive tests were performed and the results – interruption of fault current in less than 3.5 milliseconds – establish a proof-of-concept for SCiBreak’s technology and constitute a significant milestone!

With this fresh success under their belt, the question is: What’s next?

Staffan said: “We aim to further develop our technology and gradually bring it to market. For some applications we will license our IP to other manufacturers. For others, such as equipment for railway feeding systems, we can go to market ourselves – possibly together with a partner.”

Both funding and engagement with potential partners are imperative for the next step.

Staffan continued: “Since we are talking about infrastructure and a heavily regulated industry, we are going to need more resources to verify our technology to create trust – that this technology will work and be reliable. In the HVDC market, we are up against very large corporations… so we will need partners to help us compete. We also need to work with the TSOs and the end customers to promote the idea of using HVDC grids.”

The energy system is changing towards renewables, to decarbonise it– yet it’s clear that the solution is not merely the creation of renewable energy… you need to transfer and distribute it, as well. SCiBreak is creating a critical piece of the Supergrid puzzle to achieve this goal.