French oil major Total and Saudi Aramco have signed a joint development agreement for the front-end engineering and design (FEED) of the $9bn petrochemical complex in Jubail, on Saudi Arabia’s eastern coast. 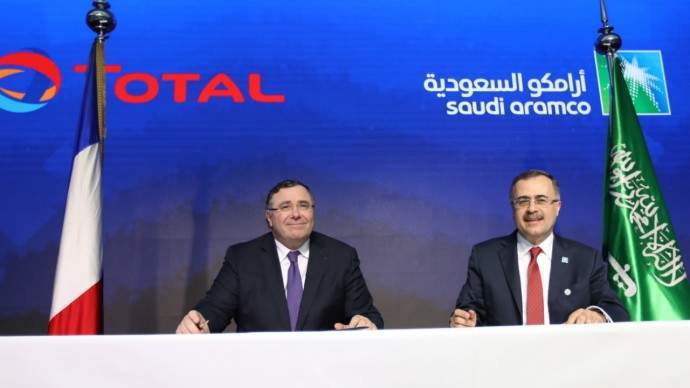 In a bid to exploit operational synergies, the petrochemical complex will be located next to the SATORP refinery, operated by Saudi Aramco with 62.5% stake and Total with 37.5%.

The petrochemical complex will consist of a mixed-feed cracker with 50% ethane and refinery off-gases. It will have a capacity of 1.5 million tons per year of ethylene and related high-added-value petrochemical units.

In April, the two companies signed a memorandum of understanding to build a giant petrochemical complex in Jubail, Saudi Arabia.

Scheduled to begin operations in 2024, the complex will be constructed with an investment of nearly $5bn.

Besides, the project will offer feedstock for other petrochemical and specialty chemical plants located in the Jubail industrial area and beyond, leading to an investment of additional $4bn investment by third party investors.

Overall, the complex is expected to result in an investment of nearly $9bn, creating 8,000 local direct and indirect jobs.

Saudi Aramco CEO Amin H. Nasser said: “The petrochemicals sector has been undergoing significant growth globally and is one of the future growth engines.

“Thus, SATORP’s second-phase expansion represents a significant value addition in Saudi Aramco’s downstream strategy to maximize the full value of our vast resources portfolio and position the Kingdom as a chemicals manufacturing and exports hub, supporting economic growth and diversification as part of Vision 2030.”

The firms signed an agreement outlining terms for setting up the gasification/power joint venture, which will purchase the gasification assets, power block and the associated utilities from Saudi Aramco for $8bn.

The joint venture, which will receive feedstock from Saudi Aramco, will serve the Saudi Aramco’s Jazan Refinery and terminal located at JEC.