Following the installation of the wellhead platform, Santos and its partner Carnarvon Petroleum will carry out development drilling in 2024 and 2025 with an aim to begin the first production from the Dorado project, offshore Australia in 2026 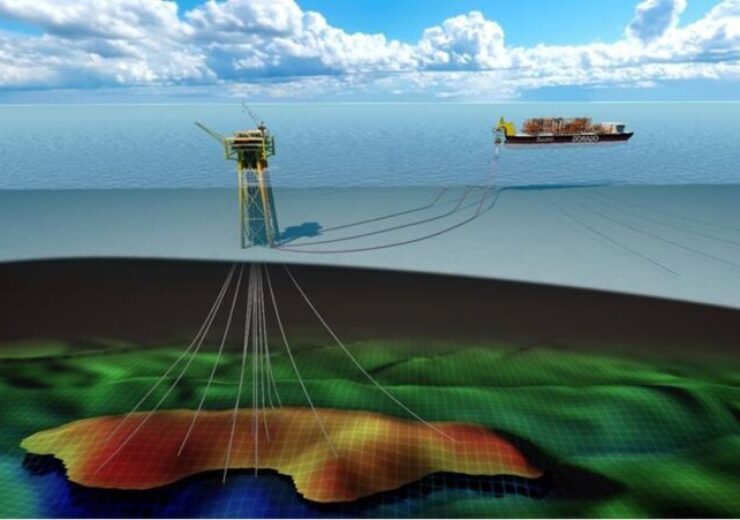 Illustration of the Dorado project and its FPSO and wellhead platform. (Credit: Carnarvon Petroleum Limited).

Santos has awarded a front-end engineering and design (FEED) contract for the wellhead platform (WHP) of the Dorado project, offshore Australia, to Sapura Energy, a Malaysian oil and gas service provider.

The FEED contract is for the design, construction, and installation of the unmanned installation. The wellhead platform will be located in 90m water over the Dorado oil and gas field contained within the WA-437-P permit in the Bedout sub-basin.

According to Santos, the wellhead platform will host the development wells as well as gas reinjection wells with minimal processing facilities. It will be operated remotely from a floating production, storage, and offloading (FPSO) facility, located nearly 2km away.

The wellhead platform will have reservoir performance monitoring functionality to enable optimal reservoir recovery among other features.

After its installation, development drilling will be carried out with a jack-up mobile offshore drilling unit in 2024 and 2025.

Santos is targeting the first production from the Dorado project in 2026.

Earlier this week, the Australian oil and gas company had given the FPSO FEED contract to Altera Infrastructure.

Dorado is planned to be an integrated oil and gas project, which will be developed in two phases. Its initial development will see the production of oil and condensate through the wellhead platform and FPSO.

Santos said that in the initial phase of the project, gas will be reinjected to boost oil and condensate recovery. This will be followed by a planned future phase of gas production for backfilling the domestic gas infrastructure of the company in Western Australia.

The field is anticipated to have an initial gross liquids production rate of 75,000-100,000 barrels per day of crude.

Santos managing director and CEO Kevin Gallagher said: “This contract for the wellhead platform is the project’s last significant commitment as we progress towards a project final investment decision around the middle of next year.

“The WHP is a critical component of the development requiring a company with Sapura’s deep construction and installation experience. The design allows for the integrated development of both the gas and liquids resource and retains sufficient flexibility to support future exploration success, with the Pavo and Apus prospects to be drilled early next year.

Santos has an operating stake of 80% in the Dorado project, while its partner Carnarvon Petroleum holds the remaining stake.

Carnarvon managing director and CEO Adrian Cook said: “While the wellhead platform is an important component in the development, it is also being designed to accommodate supply from additional resources.

“One of the valuable aspects of the Bedout basin is its vast potential, with a large number of targets residing near the Dorado field. In this context, we’re looking forward to testing two of these exploration targets at the Pavo and Apus early in the new year.”