Sandfire wins mining licence for Motheo copper mine in Botswana 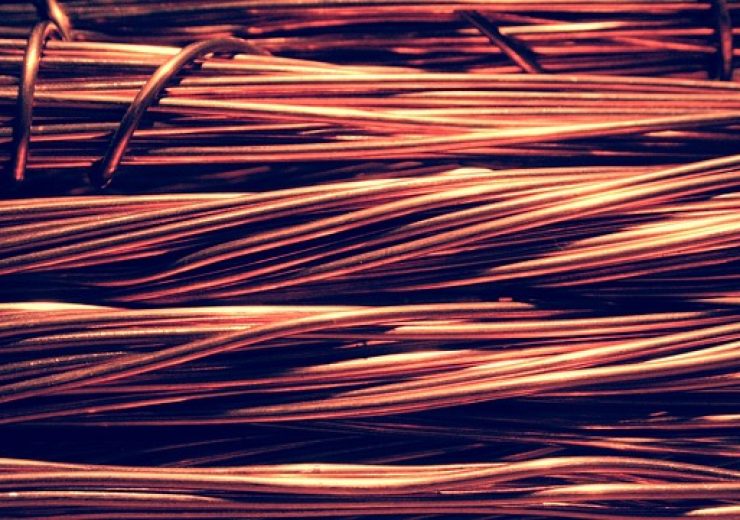 The Motheo project will be developed over a period of two years. (Credit: Łukasz Klepaczewski from Pixabay)

Australian mining and exploration company Sandfire Resources has obtained the mining licence for its Motheo copper mine in Botswana.

The mining licence represents the final major permission required for the company to commence the full-scale construction of the $279m project.

Sandfire has already started the initial site works at Motheo earlier this year, with sterilisation drilling, 15km access road and construction of a 200-person camp.

To be developed over a period of two years, the Motheo project is expected to see the start the mining in early 2022, with commissioning and ramp-up planned for early 2023.

Sandfire managing director and CEO Karl Simich said: “The award of the Mining Licence represented a major milestone that would see a significant increase in construction and development activities on site.

“We are absolutely delighted to now be in a position to move to full-scale construction at Motheo, with our construction crews expected to mobilise to site over the next few days.

“I would like to thank the Government of Botswana for their support throughout the approvals process, which will see Motheo come on-stream in 2023 as one of very few new copper mines commencing production globally.”

The current mining licence is said to satisfy one of the two important conditions required for finalising the contract.

The definitive feasibility study (DFS) for T3-Motheo, which was completed in December 2020, underlined strong economic and technical outcomes from an initial 3.2 million tonnes per annum (Mtpa) processing capacity and T3 deposit development.

Outlining a robust initial 12.5-year operation, the study estimated an average production of  nearly 30kt of contained copper and 1.2Moz of contained silver per annum over the first 10 years of operations.

In relation with the mining licence approval, the Government of Botswana holds the right to acquire up to a 15% fully contributing interest in the T3-Motheo project.

However, the Government of Botswana has not yet notified Sandfire of its decision on the acquisition of an ownership stake.

Simich added: “Motheo is expected to generate approximately 1,000 jobs during construction and 600 full-time jobs during operations, and represents the foundation for Sandfire’s long-term growth plans in Botswana.

“Our vision is that Motheo will form the centre of a new, long-life copper production hub in in the central portion of the world-class Kalahari Copper Belt, where we hold an extensive ground-holding spanning Botswana and Namibia.

“Sandfire is looking forward to becoming a major long-term player in the Kalahari Copper Belt, which represents one of the last under-explored large-scale copper provinces anywhere in the world.”