Salini Impregilo and its joint venture partner Australia’s Clough have secured A$5.1bn (€3.228bn) contract for civil works and electromechanical component of the Snowy 2.0 project in Australia. 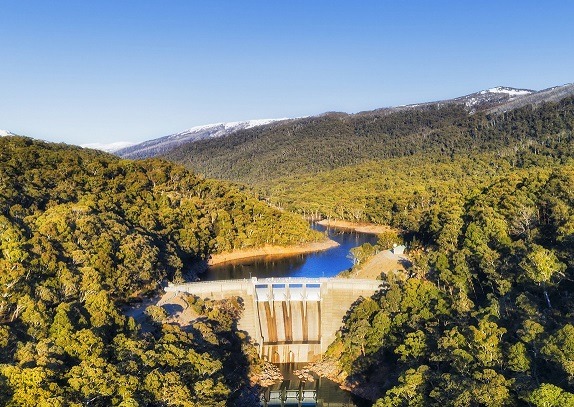 The Snowy Hydro 2.0 project involves expansion of the existing Snowy Hydro-operted 4.1GW Snowy Mountains Scheme to ensure increased stability and security to the energy market in the future.

Located in New South Wales, Australia, the Snowy Mountains Scheme has been in service for the last five decades.

Under the contract, Salini Impregilo will link the existing Tantangara and Talbingo dams. Work involves excavating a series of tunnels and building a hydroelectric power station with pumping facilities located nearly 1km underground.

Clough has 35% stake in the JV, named Future Generation while Salini Impregilo and its US subsidiary Lane own a combined stake of 65%.

Salini Impregilo COO Pietro Salini said: “With this massive project, our Group is expanding its activities in Australia by entering the hydro sector to help the country produce more clean energy.

“This contract consolidates our presence in the country where Salini Impregilo has been working in recent years, especially in the transport sector to expand sustainable mobility in cities like Sydney and Perth.”

The expansion project involves connection of two existing hydropower plants to increase the existing capacity by 2GW and also triple its pumping capabilities.

Additionally, the project will provide 175 hours of storage for the National Electricity Market (NEM) which is enough to ensure the stability and reliability of the system during prolonged weather events, such as wind or solar droughts, Clough said.

Clough CEO and managing director Peter Bennett said: “Continuing to build on our relationship with Snowy Hydro Limited, we move past the preferred tenderer phase and now to final contract award.

“Our team is very excited to launch this project into its execution phase and to contribute our part into the advancement of Australia’s sustainable energy future.”

The expansion project, which is estimated to cost between A$3.8bn ($2.9bn) and A$4.5bn ($3.4bn), is expected to further increase the operational life of the existing power units by 70 years.