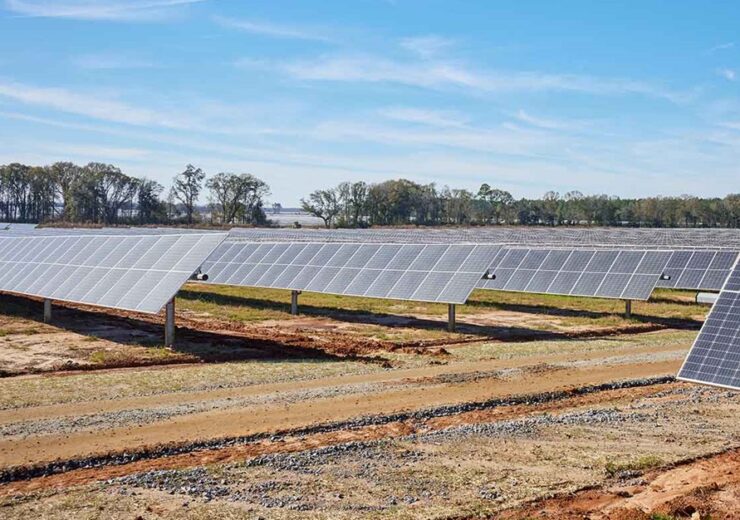 RWE Renewables has commenced operations at its 195.5MWac Hickory Park Solar facility, together with a 40MW 2-hour battery storage project, located in Mitchell County, Georgia, US.

The company will supply energy and renewable attributes from the facility under a 30-year power purchase agreement (PPA) with Georgia Power. The PPA was signed in November 2019.

RWE Renewables Americas CEO Silvia Ortin said: “Our largest solar project in the Americas is now benefiting the state of Georgia, including tax revenue to local counties and school districts.

“Projects like Hickory Park, with its co-located battery storage systems, will become increasingly important as renewables form a bigger part of the energy mix.

“This project plays an important role in expanding our operating portfolio in the US, one of our focus markets.”

Its integrated DC-coupled storage system allows optimisation of the energy yield and increases the potential injection of locally produced electricity into the Georgia Power grid.

RWE is engaged in constructing, owning and operating some of the highest performing wind, solar and energy storage projects in the US

The company said that the US accounts for more than one-third of its renewables’ capacity and plays an important role in its strategy to become carbon neutral by 2040.

It is expanding not only in the onshore wind, solar PV and storage, but also in offshore wind, to achieve its goal of reaching 50GW net installed capacity by 2030.

The company operates more than 30 projects in the US, totalling an installed generation capacity of more than 5,000MW.