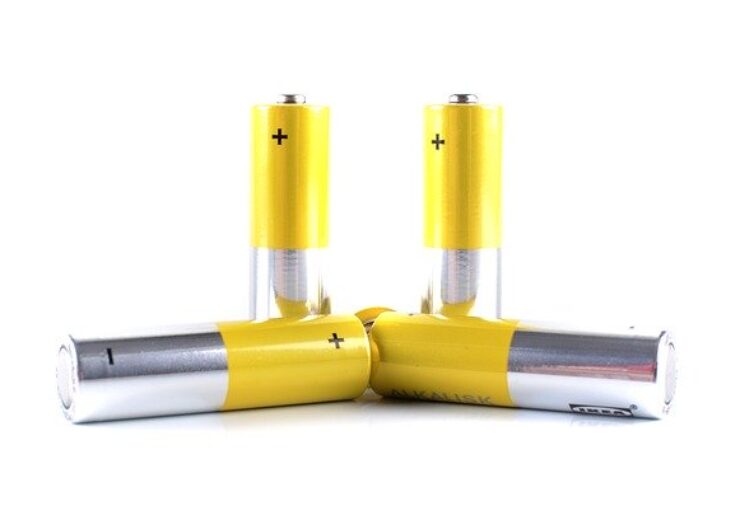 Scientists from NUST MISIS have presented an innovative autonomous power source – a compact atomic battery that can last up to 20 years. Due to the original 3D-structure of the beta-voltaic element, its dimensions have decreased by three times, the specific power has increased by 10 times, and the cost has decreased by 50%. The results have been published in the international scientific journal Applied Radiation and Isotopes.

The original patented microchannel 3D structure of a nickel beta-voltaic element is used in the device. Its peculiarity is that the radioactive element is applied on both sides of the so-called planar p-n junction, which simplifies the cell manufacturing technology, as well as the control of the reverse current that “steals” the battery power. The special microchannel structure provides an increase in the effective conversion area of the beta radiation by 14 times, which results in an overall increase of current.

“The output electrical parameters of the proposed design were: short-circuit current IKZ – 230 nA /cm2 (in the usual planar construction – 24 nA), the final power – 31nW /cm2, (in the planar one – 3nW). The design allows to increase the efficiency of converting the energy released during the decay of a β-source into electricity by an order of magnitude, which in the future will reduce the cost of the source by about 50% due to the rational use of an expensive radioisotope,” said one of the developers Sergey Legotin, Associate Professor of the Department of Semiconductor Electronics and Physics semiconductors at NUST MISIS.

At the same time, the development will make it possible to increase the specific power by an order of magnitude, due to which the weight and dimensions of the batteries based on them will decrease three times while maintaining the required output power level.

The battery can be used in several functional modes: as an emergency power supply and temperature sensor in devices used at extreme temperatures and in hard-to-reach (or completely inaccessible) places: in space, under water, in high-altitude areas.

At the moment, the developers are completing the procedure for international patenting of the invention, and the device itself has already been recognized by foreign experts. In particular, in the review of the international marketing research agency Research and Markets, NUST MISIS has been named one of the key players in the global betavoltaic batteries market. The university ranks among such companies as City Labs, BetaBatt, Qynergy Corp and Widetronix.

The review indicates that the development of NUST MISIS scientists – a battery based on beta-voltaic cells (BVE) – has great potential since the demand for reliable batteries with a long service life is growing in all industries. Taking into account the unique characteristics – small size and safety – the development of NUST MISIS scientists will be able to occupy a significant share of the power supply market.