With the extension, Beloyarsk NPP will produce an additional electric power of over 22 billion kWh 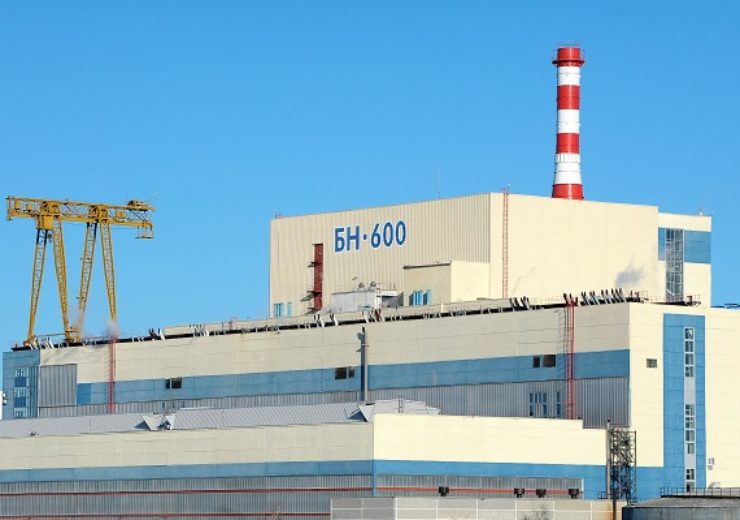 Rosenergoatom, a Russian nuclear power station operations subsidiary of Atomenergoprom, has secured license extension for the unit 3 of the 1,485MW Beloyarsk nuclear power plant (NPP) in the Sverdlovsk district, for a further five years.

The permit for operational life extension has been issued by Russian nuclear regulator Rostekhnadzor for the BN-600 reactor power block, which entered service in 1980 with 600MW installed power generation capacity.

The new license extension allows the company to operate the BN-600 reactor until 2025, producing additional electric power of over 22 billion kWh.

In 2009, the firm commenced a large-scale modernisation programme at the unit, covering all safety-related aspects.

As part of the programme, Rosenergoatom has installed a second reactor emergency protection kit and an emergency plant cooldown system as well as conducted equipment review and upgrade, including full replacement of the heat generator modules.

Rosenergoatom said in a statement: “JSC “Afrikantov OKB Mechanical Engineering”, NRC “Kurchatov Institute” – CRISM “Prometey” have delivered a material engineering program and made a conclusion that it is technically feasible to run the power block further. Based on that conclusion, Rostekhnadzor has extended the license for the Beloyarsk NPP until 2025.”

After confirming the power block’s full compliance by Rosenergoatom with the recent safety standards in 2010, Rostekhnadzor had issued 10-years license extension for the unit.

However, the nuclear regulator had requested an additional justification of the non-interchangeable reactor elements’ capacity.

Beloyarsk NPP director Ivan Sidorov said: “We have completed the activities related to the extension of the 3rd power block’s operation until 2025. Our research has proven that the technical parameters of BN-600 enable its operation until 2030.

“Currently, ‘Atomprojekt’ is developing an investment project for additional operational life extension, which is planned to be delivered by 2024. Following that, we will apply to Rostekhnadzor for a license to run the third power block in 2025-2040.”

The unit1 and 2 of the Beloyarsk NPP were retired while the operational unit 4, BN-800 power block has 800MW capacity.