Power generated by Akademik Lomonosov NPP will be sufficient to supply for more than 100,000 households 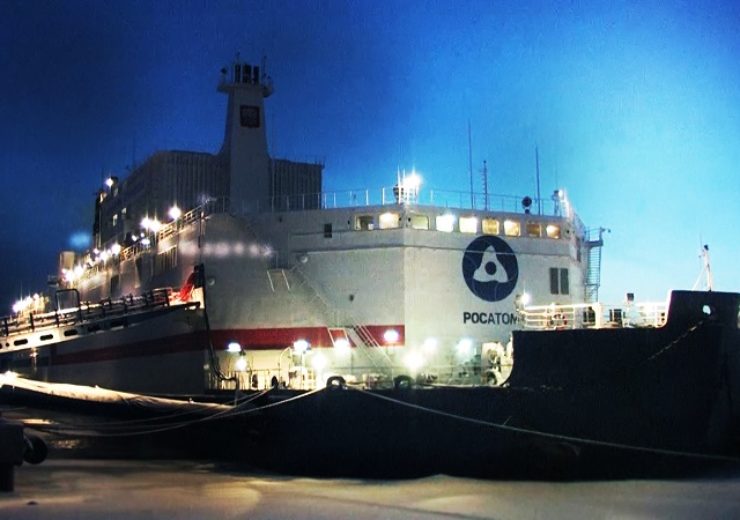 Power from the floating nuclear heat and power plant (FNHPP) has been delivered to into the isolated network of the Chauny-Bilibino hub in the Chukotka Autonomous Region, following its connection to the grid in December 2019.

In future, the power plant will become a reliable source of energy by completely meeting the Chukotka’s power demands.

Rosenergoatom Joint-Stock Company director of administration of floating nuclear heat and power plants construction and operation Vitaliy Trutnev said: “In the future, the electric power produced by the FNHPP will facilitate the growth of the gold, copper and other natural resources mining companies in Chukotka.

“Additionally, the FNHPP will be one of the key elements in the infrastructure of the Northern Sea Route. Our main objective for 2020 is to commission the facility into the production.”

Capable of accommodating 69 people, the 30m-wide, 144-long flush-decked FNHPP ice-breaking barge has a displacement of 21,000t.

With an operational life of 40 years, the vessel will be capable of 70MW generation capacity and 50Gcal/hr of heat energy each during its normal operation.

The electricity generated by the facility will be sufficient to supply for more than 100,000 households.

In September 2019, Rosatom said it had docked the Akademik Lomonosov NPP at its permanent location in the Arctic port town of Pevek, Chukotka, in the country’s Far East.