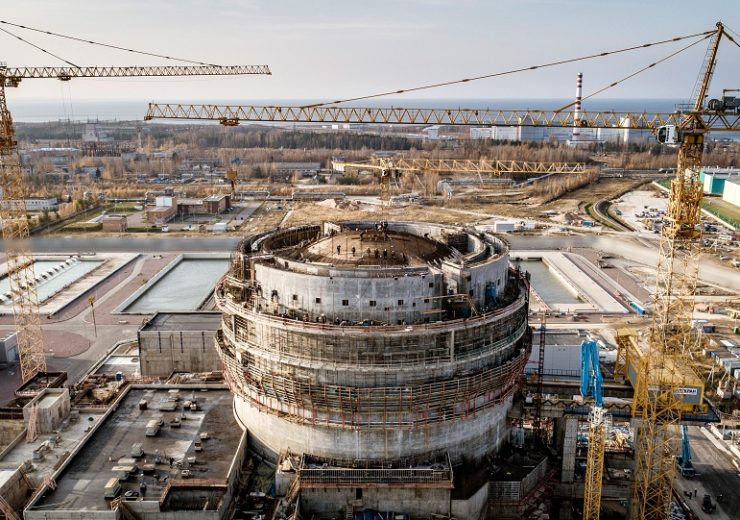 One of the key milestones has been achieved at the Leningrad NPP’s 2nd power block – the construction of the reactor building auxiliary premises to house one of the most important safety systems – the system for passive heat removal from steam generators – has been completed.

Reinforcement and concreting works have been delivered by a contracting company for 2 years. During that time, they placed around 800 cubic meters of concrete from +59.850 up to +67.500 meters. This part of the reactor building is going to house containers for emergency heat removal from steam generators, which is much higher than the equipment level, thus facilitating natural coolant circulation within the system for passive heat removal.

According to Pavel Ivanov, the lead engineer of the construction control (technical supervision) unit, Capital construction department at the Leningrad NPP-2, the construction activities for the 2nd power block’s reactor building auxiliary structures are run according to the schedule. When working on this part of the building, the primary focus is around compliance with the techniques for tiered construction of reinforced concrete monolithic structures and the quality of construction materials.

According to the schedule, the construction activities for the auxiliary building have to be completed this December, prior to the trial run of the VVER-1200 reactor’s building envelope at the 2nd power block’s construction site.

The Leningrad NPP is the country’s first plant with RBMK-1000 reactors (uranium-graphite circuit-type reactor running on thermal neutrons). The decision that marked its construction was taken in September 1966 by a resolution of the Central Committee of the Communist Party of the USSR and the Council of Ministers No. 800-252. According to that document, the Leningrad NPP was supposed to become a core in a network of nuclear power plants with RBMK-1000 reactors that were supposed to produce a substantial share of electric power. The construction of the Leningrad NPP was going well, and by 1973 the first power block was fully erected. On December 23, 1973, following stable 72-hours’ operation at the capacity of 150 megawatt, the State Commission signed the acceptance certificate stating that the first power block of the Leningrad nuclear power plant is commissioned for pilot production.