RNC Minerals said that the first mobile diamond drill has arrived at site and underground drill crews have commenced the gold exploration program at the Beta Hunt Mine located near Kambalda, Western Australia. 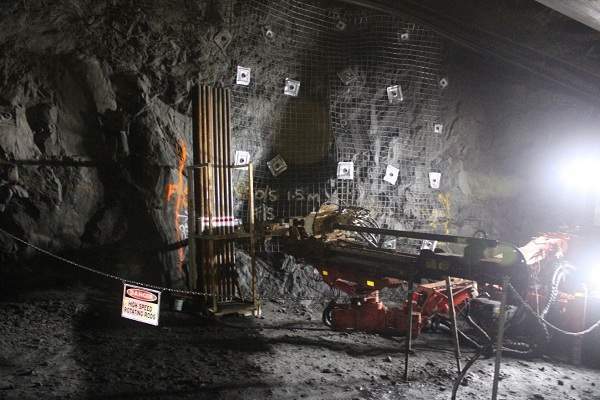 The objective of the program is to expand upon the Father’s Day Vein high grade gold discovery at the A Zone area of the Beta Hunt Mine. Drilling will step out both along strike and dip both above and below the known discovery area following the pyritic sediment horizon in the Lunnon Basalt.

Understanding the depositional model for this new gold mineralization provides potential for future exploration and discovery of additional high grade gold material at the sediment contact, which has previously been intersected along two of the main gold bearing shears at A Zone and Western Flanks located at the Beta Hunt Mine.

RNC president and CEO Mark Selby said: “With the arrival of the first drill at site during the past week, exploration activities will begin to ramp up as part of an aggressive exploration campaign.

“The geology team is continuing to advance their work on understanding the sediment structures with the potential for additional high grade coarse gold. The high grade gold potential of the mine remains largely unexplored.

“Third quarter production results will be released this week, later than originally expected, due to delays in final outturns from the large volumes of coarse gold processed.”

The disclosure of scientific and technical information contained in this news release has been approved by Kevin Small, Vice-President, Project Development of RNC, a Qualified Person under NI 43-101.