Located in Ninghai county, the manufacturing facility is estimated to generate a sales revenue of ¥5bn (£582.06m) 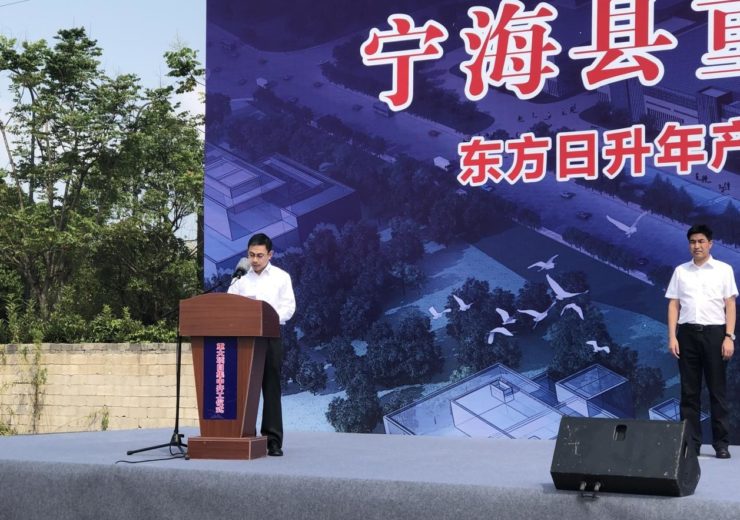 The new 137,000-square-meter high-efficiency heterojunction cell and module project will be built with an investment of ¥3.3bn (nearly £382.85m). The project will include the construction of fundamental support facilities used in the manufacturing of cells and modules.

The Ningbo-based manufacturer stated that the factory, which is located in Ninghai county, is expected to produce 2.5GW in cells and 2.5GW in modules annually.

Risen Energy’s president Xie Jian said: “The new 2.5GW high-efficiency heterojunction project will play a key role+ in helping Risen Energy improve its capabilities in both technology development and smart manufacturing as well as in expanding its presence in the market.

“From now on, we will focus on a standards-based and efficient completion of the manufacturing facility fully in accordance with our plan while continuing to inject more human and material resources as needed.

“With the groundbreaking of the project, Risen Energy is bringing its technologies, manufacturing capacity and comprehensive strength to a new level. We believe that the completed facility will make a meaningful contribution to the regional economic development of Ninghai.”

Risen Energy has said that its heterojunction cells promise a conversion efficiency in excess of 23%. The company further stated that it aims to improve its modules with new technologies such as half-cut, imbricate, high-reflectivity and double-glass backsheet.

Headquartered in China, the company produces heterojunction cells and modules with the high-efficiency bifacial heterojunction cell technology. It allows the generation of electricity on both sides of the panel and is claimed to provide investors with a 10-30% excess income from the power generated.

In June this year, the company had further strengthened its PV market in Vietnam by connecting the NHI HA 50MW solar power station project owned by Vietnam-based Bitexco Group’s subsidiary Thap Cham Solar to the grid.