According to the mining major, the proposed transaction will simplify the ownership structure of the Oyu Tolgoi mine in Mongolia, which is 66% owned by Turquoise Hill 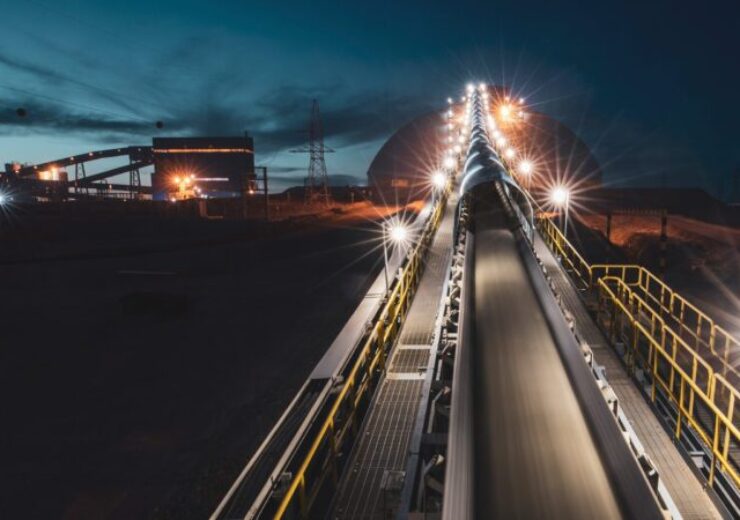 Turquoise Hill holds a 66% stake in the Oyu Tolgoi mine. (Credit: Rio Tinto)

Rio Tinto has offered to take full ownership of Canada-based mining firm Turquoise Hill by acquiring the remaining stake of about 49% in the latter in a deal worth around $2.7bn.

The mining major, currently, has a stake of 50.8% in the publicly-listed Turquoise Hill, which in turn, has a stake of 66% in the Oyu Tolgoi copper-gold mine in Mongolia. The remaining stake of 34% in the Mongolian mine is held by the state-owned Erdenes Oyu Tolgoi.

As per the terms of the proposed deal, minority shareholders of Turquoise Hill will get C$34 ($26.66) in cash, said Rio Tinto.

According to Rio Tinto, the proposed transaction will simplify the ownership structure of the Oyu Tolgoi mine. Besides, it will bolster its copper portfolio and strengthen its long-term commitment to Mongolia, said Rio Tinto.

Additionally, the proposed deal gives the minority shareholders of Turquoise Hill the ability to get compelling, immediate, and certain value for their shares, claimed the mining major.

Rio Tinto chief executive Jakob Stausholm said: “Rio Tinto strongly believes in the long-term success of Oyu Tolgoi and Mongolia, and delivering for all stakeholders over the long-term.

“That is why we want to increase our interest in Oyu Tolgoi, simplify the ownership structure, and further strengthen Rio Tinto’s copper portfolio. We believe the terms of proposal are compelling for Turquoise Hill shareholders.”

Stausholm added that full ownership of Turquoise Hill will enable Rio Tinto to work directly with the Mongolian government to take the Oyu Tolgoi project forward with an ownership and governance structure that is simpler and more efficient.

The proposed deal is expected to be carried out through a Canadian plan of arrangement, and will be subject to customary closing conditions such as approval by a majority of Turquoise Hill’s minority shareholders.

Last week, Rio Tinto has been ordered by Guinea’s ruling junta to fully suspend its Simandou iron ore project in the country. Guinea’s interim President Mamady Doumbouya said that it is not clear how the Simandou mine will preserve the country’s interests.