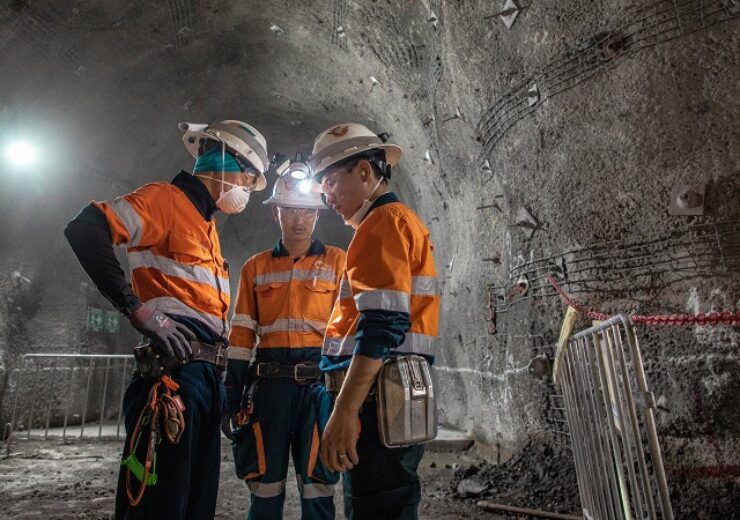 Rio Tinto said that the estimated capital expenditure (capex) of the Oyu Tolgoi underground project in Mongolia has been increased by $300m to $7.06bn following a cost and schedule reforecast that was completed in June 2022.

The reforecast remains under review by the Oyu Tolgoi’s board, said the miner.

In December 2020, the project development capital cost was estimated to be $6.75bn. The original estimate of the project at the time of its approval by Rio Tinto and its partners in 2015 was $5.3bn.

The latest increase in the project cost estimate has been largely because of the disruptions caused by Covid-19, said the mining major.

Rio Tinto said that the 2022 reforecast assumes there are no more Covid-19 disruptions from June 2022.

Earlier this year, the miner and its subsidiary Turquoise Hill Resources (TRQ) reached an agreement with the Mongolian government to proceed with the Oyu Tolgoi underground project. The agreement ended a long-running dispute between the parties over the copper-gold project located in the South Gobi region.

The project is an expansion of the existing Oyu Tolgoi copper and gold mine, which has been producing since 2013 through open pit operations.

Following the completion of the underground expansion, the Oyu Tolgoi mine is estimated to yield around 500,000 tonnes of copper per annum on average from 2028 to 2036 from both open pit and underground mining.

Rio Tinto said that the first drawbell of the Hugo North deposit of the underground mining project was fired last month. The miner said that the undercut progression continues to be on track to deliver the first sustainable production from Panel 0 in the first half of next year.

It further revealed that Shafts 3 and 4 of the project are delayed because of Covid-19 restrictions as well as reprioritisation of the mobilised workforce. The two shafts are now anticipated to be commissioned in the first half of 2024, which is a 15-month delay from the definitive estimate in 2020.