Company plans to install a 5,000tpa lithium plant at the borax mine in California 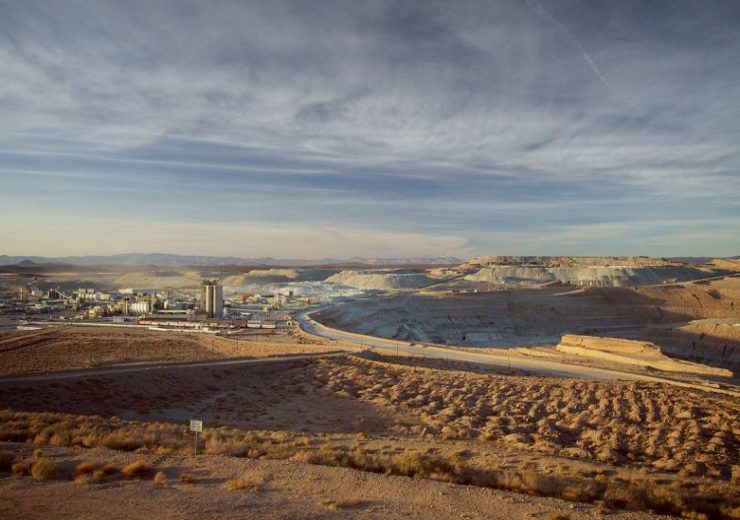 Overview of Rio Tinto Boron mine and plant in California. (Credit: Marcin Wichary/Wikipedia.org)

Rio Tinto announced that it has started production of battery-grade lithium from waste rock at a lithium demonstration plant at the Boron mine site in the US.

According to the miner, the demonstration plant paves the way for advancing its lithium production process to the next level. Said to help in recovering lithium, the process will bring out additional value from the waste piles resulting from more than 90 years of mining at the borax mine in California.

In 2019, Rio Tinto carried out an initial small-scale trial, which proved that high grades of lithium can be recovered by the process of roasting and leaching waste rock.

The demonstration plant has been designed to produce 10 tonnes per annum of battery grade lithium.

It will be operated throughout this year for streamlining the process and also for informing the miner’s feasibility assessment for moving ahead with a production scale plant.

Rio Tinto will look to install a plant with an initial capacity of at least 5,000 tonnes per annum (tpa). This will be equivalent to producing sufficient lithium for making batteries for nearly 70,000 electric vehicles.

Rio Tinto Minerals chief executive Sinead Kaufman said: “This is a valuable next step in scaling up our production of lithium at the Boron site, all from using waste material without the need for further mining.

“It shows the innovative thinking we are applying across our business to find new ways to meet the demand for emerging commodities like lithium, which are part of the transition to a low-carbon future.”

The lithium project being developed at the Boron mine is said to draw on the miner’s partnership with the US Department of Energy’s Critical Materials Institute (CMI).

The partnership has been focussed on discovering methods to economically recover critical mineral by-products from already available refining and smelting processes.

Also included in the company’s lithium pipeline is the Jadar lithium-borate project in Serbia. The miner expects to complete a feasibility study for the project by the year end.