Rio Tinto to invest $7.5bn to halve carbon emissions by 2030 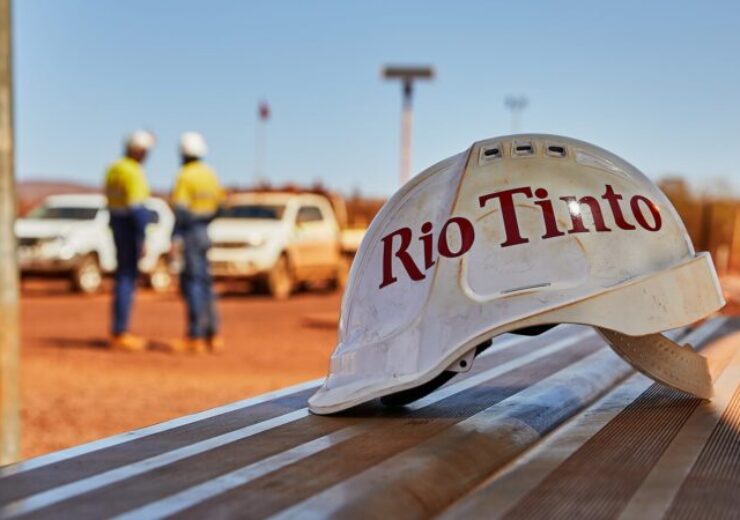 Rio Tinto will aim to quickly deploy 1GW of wind and solar power in the Pilbara region. (Credit: Rio Tinto)

Rio Tinto has announced plans to make nearly $7.5bn of direct investments between 2022 and 2030 to lower its Scope 1 and 2 carbon emissions by 50% by the end of this decade.

The mining major’s initial target is to achieve a reduction of 15% in emissions by 2025 from a 2018 baseline of 32.6 million tonnes of CO2 equivalent. The new target is five years earlier than the company’s previously announced goals.

Rio Tinto said that the investment will be used in direct capital expenditure to decarbonise its assets.

The focus of the miner will be on using renewable power for its iron ore production in the Pilbara region and aluminium smelters in Australia. This calls for an investment of $500m per year from 2022 to 2024.

The company said that it will prioritise growth capital in commodities essential for the net zero transition with a goal to double growth capital expenditure to nearly $3bn a year from 2023.

Rio Tinto chief executive Jakob Stausholm said: “All our commodities are vital for the energy transition and continue to benefit from ongoing urbanisation. We have a clear pathway to decarbonise our business and are actively developing technologies that will enable our customers and our customers’ customers to decarbonise.

“We are able to do this, while continuing to provide attractive returns to our shareholders in line with our policy, because we have a strong balance sheet and world-class assets that deliver strong free cash flows through the cycle.”

In Pilbara, the company will target the quick deployment of 1GW of wind and solar power. The decarbonisation efforts in the region will enable the company to offset nearly one million tonnes of CO2.

The miner said that 100% electrification of its trucks, mobile equipment, and rail operations in the Pilbara region would need an additional gigawatt-scale renewable deployment as well as advances in fleet technologies.

Rio Tinto is also investigating the use of biomass and hydrogen to provide a greener steelmaking pathway for its Pilbara iron ore.

The company said that it is planning to power its Boyne Island and Tomago smelters in Australia with renewable energy. This would call for an estimated 5GW or so capacity of solar and wind power on an equity basis in addition to a strong firming solution, said the company.

Besides, the mining firm is developing the ELYSIS technology to remove carbon emissions from the smelting process. Commercial scaling of the technology is said to be on track for 2024.