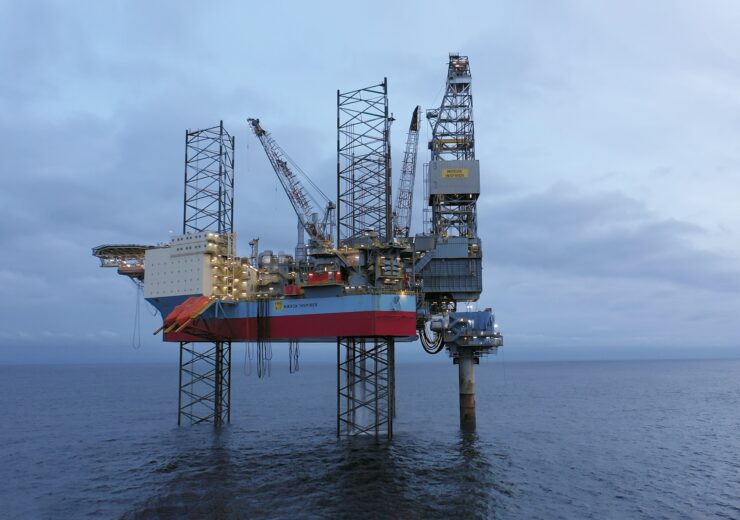 Spanish energy firm Repsol, together with its partners, has started oil production from the YME field, 20 years after its production ceased due to low oil prices at the time.

The field is located in Block 9/2 and 9/5 in the Egersund Basin, around 130km from the Norwegian coast.

It is operated by Repsol Norge with a 55% stake, while Lotos Exploration and Production Norge holds 20%, KUFPEC Norway 10% and OKEA with 15% stake.

With a production capacity of around 56,000 bbl/d per day, Yme field is estimated to yield recoverable reserves of approximately 10 million standard cubic meters of oil, which is nearly 63 million barrels of oil equivalent.

Repsol exploration and production executive managing director Tomás García Blanco said: “This achievement is a demonstration of how collaborating, flexible and hard-working organizations have managed to tackle challenges and reestablished value generation from the Yme field.

“Yme will provide a significant contribution to Repsol’s oil and gas production.

“I would like to thank all internal and external stakeholders for your hard work and dedication throughout the Yme New Development project.”

Discovered in 1987, the Yme field has started production in 1996, under the operatorship of then Statoil. However, the field was closed only after six years of production in 2001, due to drop in crude oil prices.

Yme is a brownfield development, and involves both re-use of existing facilities and infrastructure, along with design and construction of new facilities.

According to Repsol, use of new technology has supported revival of the oil production at the field.

In December 2017, a new amended PDO for Yme field was submitted, comprising a combination of existing and new installations and wells, and was approved in March 2018.

The development project includes the engineering, procurement, construction and installation of new wellhead module on top of existing facilities at field.

With a presence on the Norwegian shelf since 2003, Repsol is the operator for the Blane, Gyda, Rev and Yme fields, and holds interests various non-operated fields.