Repsol starts producing electricity at Jicarilla 2, its first solar plant in the US

It is the first renewable project built and operated by Repsol in the United States and it has a total installed capacity of 62.5 megawatts (MW), which will be able to supply electricity to 16,000 homes 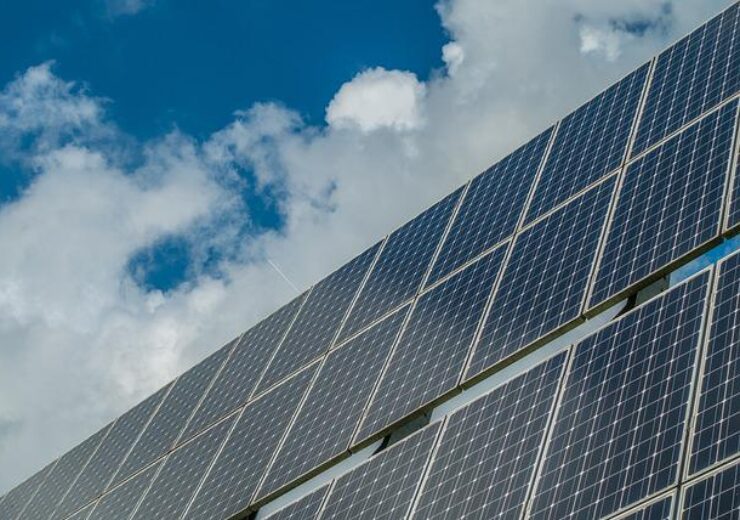 Repsol starts producing electricity at Jicarilla 2, its first solar plant in the US. (Credit: Sebastian Ganso from Pixabay)

Repsol has started producing electricity at its first photovoltaic plant in the United States, called Jicarilla 2, in the state of New Mexico. The facility, located on Jicarilla Apache Nation lands in Rio Arriba County, has a total installed capacity of 62.5 megawatts (MW).

Jicarilla 2 will be able to supply electricity from renewable sources to 1 6,000 homes, avoiding the emission of nearly 50,000 tons of CO 2 each year. The company is developing in the same location another solar project, Jicarilla 1, with 62.5 MW of installed capacity and 20 MW of battery storage.

In addition, Repsol has recently announced its intention to invest in a 600 MW project in the State of Texas, which will become the group’s largest photovoltaic project to date and is expected to be operational by the end of 2023.

Renewable energy generation is currently one of the pillars of Repsol’s decarbonization strategy. The company has recently raised its worldwide installed capacity targets to 6 GW by 2025 and 20 GW by 2030, with 2.1 GW expected to be operational in the United States by 2025 and to reach 7.8 GW in the country by 2030.

The renewable electricity generated by Jicarilla 2 will be sold by PNM. This company is the largest electricity provider in the State of New Mexico and a major supplier to the city of Albuquerque, which ranks as one of the top 15 leading municipalities in renewable energy use in the U.S. Jicarilla 2 project will allow Albuquerque to reach an 88% of renewable energy in its local government activities, just 12% short of its goal of being 100% renewable power.

In addition to the City of Albuquerque, the facility will provide renewable energy to municipalities, governmental, tribal and educational entities, as well as large commercial customers such as Western New Mexico University, Walmart, Santa Fe County, Bernalillo County, the City of Deming, Grant County and Silver City.

“We at Repsol are thrilled for this project to be our first renewable installation owned and operated in the United States. Through this milestone expansion of our global activity, we reaffirm our commitment to be a net-zero emissions company by 2050”, said the company’s General Manager of Customer and Low Carbon Generation, Maria Victoria Zingoni.

“This project is monumental for Albuquerque – we are now among the nation’s leaders in local government renewable energy adoption and showing how the transition to renewables is within reach,” stated Albuquerque Mayor Tim Keller.

“New Mexico has remarkable solar energy potential and together we are moving the state forward to renewable energy resources. PNM is committed to 100-percent carbon-free electricity and I am proud to stand alongside local leaders who have a common vision for the future,” said PNM president and CEO, Pat Vincent-Collawn.

With this first solar plant in U.S., Repsol materializes the agreement it signed in May of last year to acquire 40% of Hecate Energy, a U.S. company specializing in the development of photovoltaic projects and batteries for energy storage. Thanks to this transaction, Repsol keeps on advancing in its objectives of geographically diversifying its renewables business, complementing its capabilities, improving its portfolio and creating a solid platform with great growth potential.

Hecate Energy, headquartered in Chicago, has a broad portfolio of projects totaling more than 40 gigawatts (GW). Of these, 16.8 GW correspond to photovoltaic and storage projects associated with these assets, which are at an advanced stage of development, and 4.3 GW belong to a battery platform for energy storage, called Hecate Grid.

The agreement will enable Repsol to become a significant player in the U.S. photovoltaic and battery sector through its participation in Hecate Energy’s renewable project development business. On the other hand, the company will have the possibility of purchasing the entire shareholding of Hecate Energy three years after the closing of this transaction.