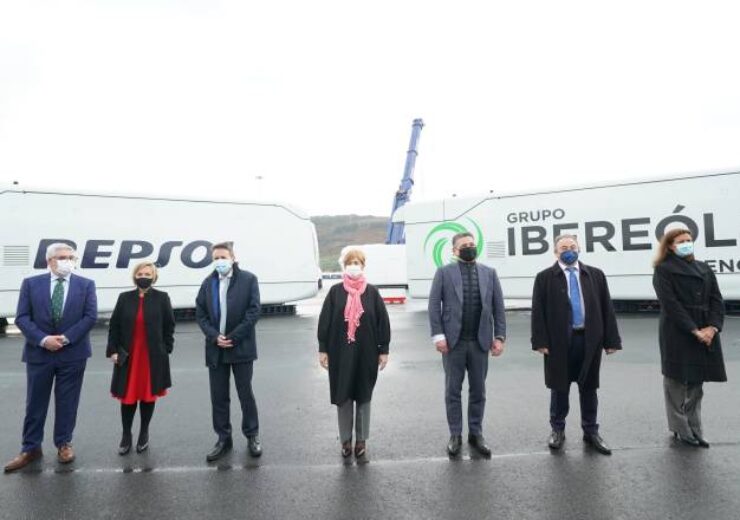 Spanish firms Repsol and Grupo Ibereólica Renovables have advanced their 189MW Cabo Leones III wind farm in Chile, with the shipment of the main technological components for its wind turbines.

The technological components that will shipped from the port of Bilbao include nacelles for 22 of SG 145, 5MW wind turbines for the second phase of the wind farm, which will have an installed capacity of 110MW.

The Cabo Leones III wind farm is located in the Chilean province of Huasco, in the Atacama region.

The companies have also started the commercial operations of the first phase of the project, with 79MW installed capacity, in December 2020.

Repsol CEO Josu Jon Imaz said: “With projects like this one, a wind farm in Chile that is also generating economic activity in our country, we are consolidating our position as an important player in the reduction of emissions and as a company that is contributing to the country’s industrial development.”

“Repsol is advancing steadily towards achieving the low-carbon generation targets in its 2021-2025 Strategic Plan. The two milestones that bring us here today take us closer to our ambition of reaching 7,500MW of low-emissions generation capacity by 2025, doubling this figure by 2030 and becoming a global operator.”

The Cabo Leones III wind farm is part of the portfolio projects under joint venture between Repsol and Grupo Ibereólica Renovables in Chile created in July 2021.

The joint venture includes a portfolio of assets in operation, construction, and advanced development, accounting more than 1.6GW.

Nacelles of the wind farm, that are about to depart from the port of Bilbao, were assembled at the Siemens Gamesa plant in Ágreda (Soria).

The nacelle includes the multiplier, the generator, and other elements of the electrical system that are required to convert the wind power captured by the blades into electricity.

The multipliers are manufactured in Asteasu, Mungia, Lerma, Burgos, and Sigüeiro, and the electrical components at the plants in Reinosa, Madrid and Valencia.

The second phase of the project is expected to enter into commercial operation in the second quarter of 2021.

Siemens Gamesa chairman Miguel Ángel López said: “The Cabo Leones III Project is a clear example of our commitment, as well as the commitment of our partners Repsol and Ibereólica, to the economic and sustainable development and the protection of the environment in the places where we operate.

“This is our primary motivation. It is also another demonstration of the support we give to the activity of our providers that contribute significantly to the manufacture of the nacelles that are produced and assembled in the plants that we have in different regions.”