The Queensland Government in Australia said that it has signed an assistance agreement with an international consortium called Imperium 3 for advancing an A$2bn ($1.46bn) lithium-ion battery factory in Townsville. 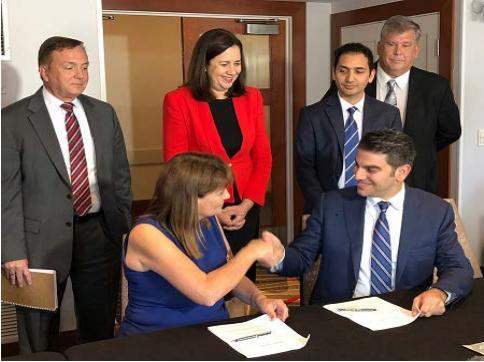 Imperium 3 is led by Boston Energy and Innovation, Magnis Resources and Charge CCCV.

The agreement by the government follows a commitment made in 2017 to offer up to A$3.1m ($2.26m) towards a feasibility study related to the lithium-ion battery factory.

Queensland Premier Annastacia Palaszczuk said: “In line with our Advance Queensland agenda, we are determined to make the most of the opportunities for the future, and by assisting to progress the feasibility study of this project, we hope to leverage considerable private sector investment into regional Queensland.

“Battery storage solutions are fundamental to making renewable energy reliable, and Imperium 3’s project would be supplying into a rapidly expanding market and would further develop Queensland’s advanced manufacturing capabilities in the renewable energy market.”

Imperium 3 is expected to come up with the final investment decision on the lithium-ion battery factory by mid-2020, which will be subject to the feasibility study.

According to Queensland State Development, Manufacturing, Infrastructure and Planning Minister Cameron Dick, the feasibility study which is expected to be ready next year will be a key requirement for drawing the next stage of funding for the lithium-ion battery manufacturing plant in Townsville.

The proposed lithium-ion battery factory is expected to be a key job creator in Townsville. It is likely to create hundreds of high-skilled jobs at the manufacturing plant and also throughout the supply chain.

Queensland Communities Minister and Member for Mundingburra Coralee O’Rourke said: “If the feasibility study is positive and if the full-scale proposed development is realised, this battery manufacturing facility will deliver a huge economic boost to the Townsville region, and more broadly to Queensland.”

According to the Queensland government, the Imperium 3 consortium is engaged in another project in New York which it says is more advanced and is providing a pathway for the Townsville lithium-ion battery factory.