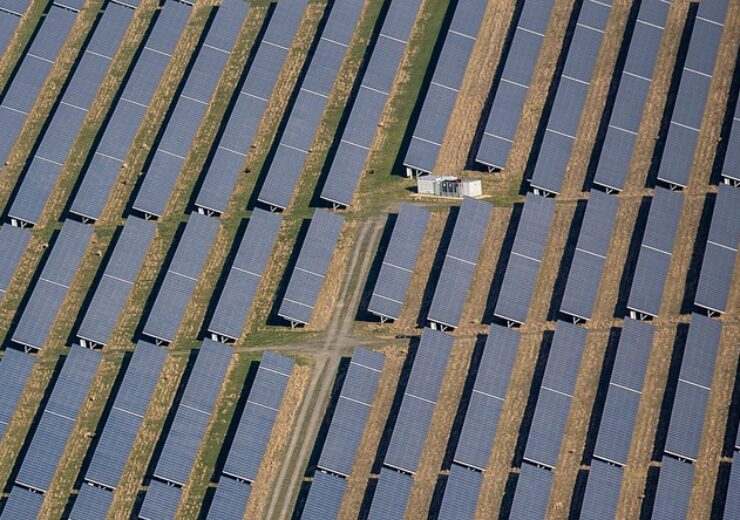 TotalEnergies, together with its partners QatarEnergy and Marubeni, has announced the completion of the construction works and the opening of the Al Kharsaah solar power plant.

The solar power plant was constructed 80km West of Doha, Qatar, on a site spanning 1000ha of the area and features two million high-efficiency bifacial modules.

The solar panels are equipped with photovoltaic (PV) cells on the front and back, to capture both the sun’s direct rays and the reflected rays to optimise electricity production.

With an installed capacity of 800MWp, Al Kharsaah is considered the first large-scale photovoltaic plant in Qatar.

Also, the plant is capable of addressing 10% of the country’s peak power consumption and eliminating 26 million tonnes of CO2 emissions during its lifecycle, said TotalEnergies.

TotalEnergies chairman and chief executive officer Patrick Pouyanné said: “After our recent entry in the giant LNG projects NFE and NFS alongside QatarEnergy, we are proud to announce today the start-up of the Al Kharsaah solar plant.

“This giant project, which contributed to the sustainability roadmap of Qatar, demonstrates once again TotalEnergies’ ability to support producing countries in their energy transition by combining natural gas production and solar energy to meet the growing demand for electricity.

“This is another milestone in our long-standing and trustful relationship with QatarEnergy, also bringing us closer to our goal of 35GW of production capacity by 2025.”

The power plant has been developed and is operated by Siraj-1, which is 40% owned by the consortium comprising TotalEnergies and Marubeni and the remaining 60% by QatarEnergy Renewable Solutions.

The solar power project is backed by a 25-year power purchase agreement (PPA), signed between Siraj-1 and the power grid operator Kahramaa.

Also, it follows QatarEnergy’s recent partnership with TotalEnergies for a new solarization project for the Ras Laffan and Mesaieed industrial cities.

The project will support QatarEnergy’s strategy to reduce the carbon footprint by 2030, and to develop 5GW of renewable generation capacity by 2035, said TotalEnergies.