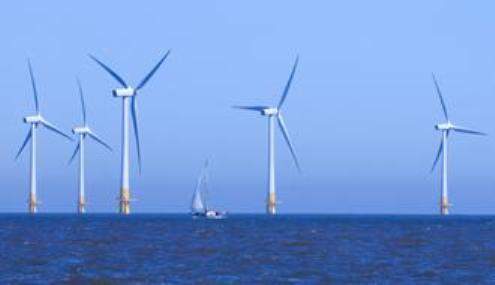 Eolien Maritime France (EMF) has placed the orders with Prysmian, for its two offshore wind farms, Fécamp and Courseulles-sur-Mer, located off the North France coast. These two contracts are worth €200m.

The third contract worth over €20m is for the Saint Nazaire wind farm also owned by EMF. The third project is in the process of being secured in a consortium between Prysmian and Louis Dreyfus Travocean.

EMF is a joint venture between the French company EDF Energies Nouvelles and the Canadian company Enbridge.

For these three projects, Prysmian will supply 33kV three-core submarine cable systems with XLPE insulation and the cables will be around 345km long. The company expects to deliver and commission the cables between 2020 and 2022, depending on the individual project timelines.

For the third project Saint Nazaire, Prysmian will supply cable, accessories and terminating services, which will be used for connecting 80 wind turbines with a capacity of 480MW.

Prysmian Group Projects BU executive vice president Hakan Ozmen said: “These new important awards confirm that we have all the capabilities to achieve our ambitious growth targets in the offshore wind farm market.

“Our investments have strengthened both our production capacity and installation capabilities and the market is showing its confidence in us.”

To execute the contracts, Prysmian will rely on the immediate availability of facilities of General Cable’s subsidiary NSW. It will manufacture the cable cores at its Montreux facility in France. These will be assembled and finished in Nordenham, Germany.