The two companies identified Brayton Point as an ideal site for offshore wind manufacturing, based on its industrial location and large acreage 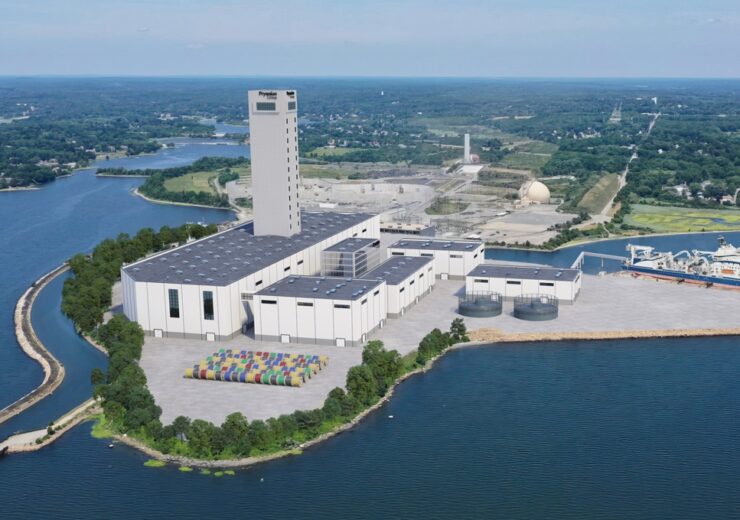 Prysmian has agreed to buy a 47 acres site identified at Brayton Point, Massachusetts, to build a new facility for manufacturing offshore wind components.

The $200m facility that will manufacture subsea transmission cables is part of 1,232MW Commonwealth Wind project, owned by Avangrid Renewables.

It is said to be the first facility in Massachusetts to manufacture offshore wind components.

The US state had selected the Commonwealth Wind project in December last year, as part of the third competitive procurement process for offshore wind power.

Prysmian Group EVP projects business Hakan Ozmen said: “We are very pleased with the agreement reached with CDC and the progress of our project to build a new plant in Brayton Point.

“I would like to extend particular thanks to the Massachusetts state government for its attention to this important project, which will make it possible to convert the area home to the former Somerset coal plant to production in support of the energy transition in the USA.

“The new plant will allow us to provide even closer support to our customers and gain a strong competitive advantage in a market expected to undergo sharp growth, with the goal of 30 GW of new capacity to be installed by 2030 under the Biden Plan.”

Brayton Point was previously a 1.6GW coal-fired power plant, which entered into operations in 1963 and decommissioned in 2017.

Avangrid and Prysmian identified Brayton Point as an ideal site for local offshore wind manufacturing, based on its waterfront industrial location and large acreage.

In addition to the Brayton Point facility, Commonwealth Wind is planned to establish a second offshore wind port in Massachusetts, at Salem Harbour.

Last month, Avangrid Renewables has announced the completion of the restructuring of its existing Vineyard Wind joint venture to become the large-scale offshore wind supplier.

The company has an estimated offshore wind pipeline of 5.3GW on the US East Coast, which is adequate to power more than two million households.

Avangrid chairman Ignacio Galán said: “AVANGRID is proud to be a leader in the U.S. offshore wind industry and deliver transformational investments that create quality jobs, support local economies, and advance the development of a local supply chain for the growing U.S. market.

“Today marks an historic milestone in the United States’ and Massachusetts’ transition to a clean energy future, as we celebrate this agreement to build a new cable manufacturing facility at Brayton Point.

“Drawing on Iberdrola’s global offshore wind experience, we are uniquely positioned to help states like Massachusetts capitalize on the opportunities presented by this new industry.”