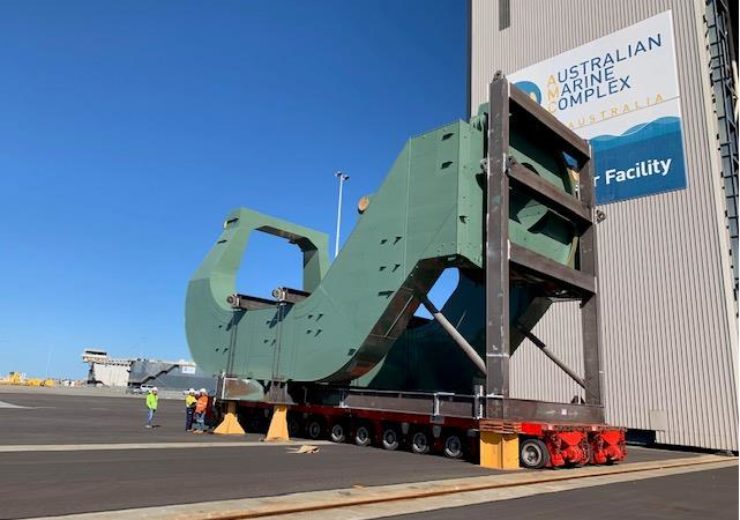 In November 2018, Thyssen Krupp secured the supply and installation contract from for the Balance Machines, which are part of the BHP’s $4.6bn (£3.7bn) South Flank Iron Ore Project located in the Pilbara, Western Australia.

In July, Anglo-Australian mining firm BHP had turned the first sod at its South Flank iron ore project, which will completely replace the production of Yandi iron ore mine, which started production in 1991 and is nearing the end of its economic life.

With an expected production life over 25 years, the South Flank project is slated to commence first ore extraction in 2021.

The scope of works under the Primero’s contract includes the pre-assembly of the 2 stackers and 1 off-reclaim machine at the Australian Marine Complex (AMC), located in Henderson, south of Perth.

Primero managing director Cameron Henry said: “We are pleased to be undertaking this landmark project on behalf of Tier 1 companies such as BHP and Thyssen Krupp. These will be the largest rail mounted balance machines to ever be installed anywhere globally.

“This contract award again demonstrates Primero’s growing reputation as a contractor of choice and provides further evidence of our diverse exposure to various commodities, geographies and clients.Our current committed order book for FY20 represents another strong start to a new financial year, which is our second as an ASX-listed company.”

Primero said that the machines, with a loading capacity of 20,000 tonnes per hour, marks the largest rail mounted stacker/reclaim machines to be installed in the world.

The contract would further strengthen the company’s non-process infrastructure division and create up to 60 direct positions locally over the contract period. The company is planning to start the contract works immediately and complete in the financial year 2019.

Henry added: “We continue to focus on concurrently driving growth and delivery excellence on multiple projects spanning Australia and globally. We are also seeing building potential for larger revenue and longer duration contracts presenting across multiple commodities and business areas.”