PowerCell Sweden has inaugurated its brand-new fuel cell laboratory at the company’s premises in Gothenburg, Sweden. 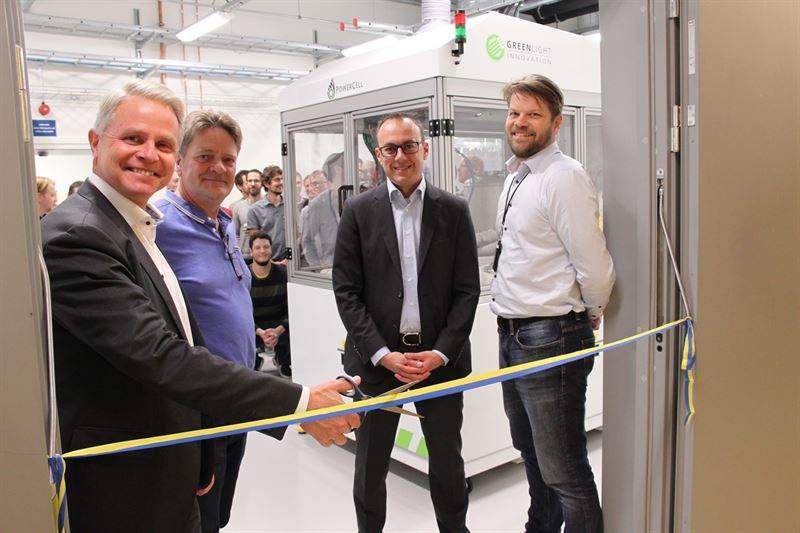 The total investment amounts to MSEK 25 and makes it possible for PowerCell to test fuel cell stacks with an effect of up to 150 kW, which is required when developing products for larger applications such as heavy-duty trucks and buses and marine and stationary instalments.

“This new laboratory represents a significant improvement of our ability to run long-term tests of the really powerful stacks that will be required for a commercially viable electrification of heavy duty vehicles like trucks and buses”, said Martin Berggren, head of the laboratory at PowerCell. “This is one of the world’s most complete and powerful fuel cell laboratories.”

The construction of the new laboratory has been going on for almost a year and the total investment amounts to approximately 25 MSEK. The decision to build the new facility was made against the back of the steadily growing interest within an increasing number of market segments, for electrification using fuel cells and hydrogen. The automotive industry was the first to test fuel cells running on hydrogen, but the interest for using the technology for a transition to a more sustainable use of energy is spreading to several new segments, such as trucks and buses, marine applications and stationary power.

“As new sectors begin to test this technology, we must be able to develop ever more powerful fuel cell stacks and fuel cell systems, and here our new laboratory will play a very important role,” Per Wassén, CEO of PowerCell said.