The first-of-a-kind commercially-ready offshore wave power generation device has been deployed and is being commissioned offshore at Peniche, a seaside municipality in Portugal 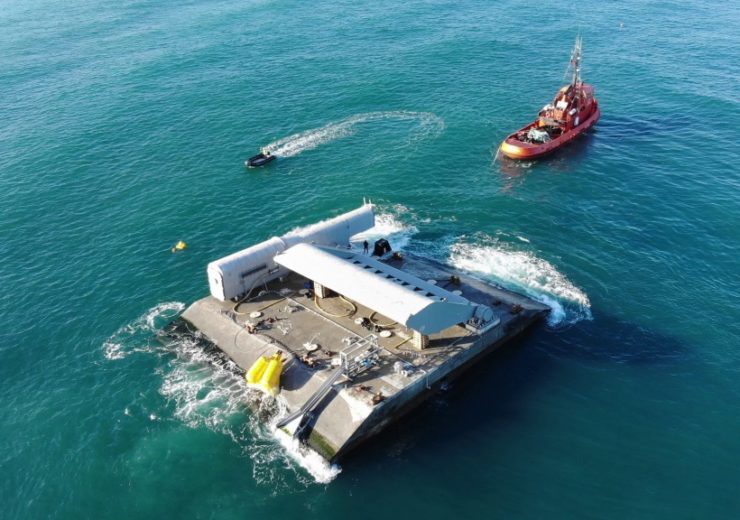 Portugal takes a step closer to commercial wave energy using the technical capability of AW-Energy’s WaveRoller to power up electricity for local homes. The first-of-a-kind commercially-ready offshore wave power generation device has been deployed and is being commissioned offshore at Peniche, a seaside municipality in Portugal.

“I am delighted to confirm we have successfully installed WaveRoller 820 metres offshore from Peniche. At this phase of the installation, we are collecting data 24/7 to monitor the performance of the device using motion, pressure and strain gauge sensors that are engineered in to its panel, foundation and bearings,” said Christopher Ridgewell, CEO of AW-Energy Oy. “The data we are receiving indicates WaveRoller is operating well and performance is in accordance with our expectations.”

Extended sea trials are being used to fine-tune the WaveRoller’s control system to maximise its performance and yield. Engineers are also monitoring the device’s performance using the company’s monitoring software which can be used to remotely access the device from anywhere in the world at any time, to help assess and manage the performance of WaveRoller.

Ridgewell says: “The next phase of the project is injecting the power output to the Portuguese National Transmission Grid from the onshore substation. Commissioning work is already in progress with the local authorities to connect the substation to the local grid which will ensure residents of Peniche can benefit from sustainable energy supply using wave energy.”

The deployment in Peniche is an important step towards the commercialisation of wave energy by testing the end-to-end commercial and technical capabilities of the latest WaveRoller wave energy device. It demonstrates AW-Energy’s long-term commitment to invest in wave energy technology that provides electricity out-of-phase with local wind conditions and solar that needs the sun.