Sempra LNG & Midstream subsidiary Port Arthur LNG has signed an agreement with Polish state-controlled oil and gas company Polskie Górnictwo Naftowe i Gazownictwo (PGNiG) for the delivery of LNG from the Port Arthur facility, which is being developed in Jefferson County, Texas, US. 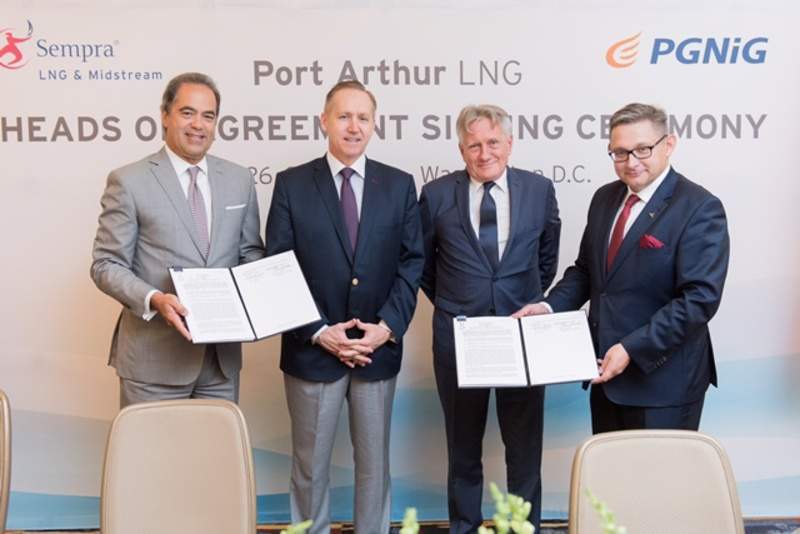 The agreement sets out terms and conditions of a long-term contract, which is planned to be finalized by the companies at a later date.

As per the terms of the deal, Port Arthur will supply two million tons per annum (Mtpa) of LNG, which equals about 2.7 billion cubic meters (bcm) per year of natural gas following regasification, over a period of 20 years starting in 2023.

“This agreement, along with PGNiG’s financial strength and experience in delivering natural gas to customers, is important to advancing the Port Arthur liquefaction project.”

PGNiG intends to use the deliveries to consider further trading on international markets.

PGNiG CEO and management board president Piotr Woźniak said: “Starting in 2023, LNG deliveries from the Port Arthur terminal can not only help us to further diversify our import structure but will also help us in strengthening PGNiG’s activities on the international LNG market.”

Scheduled to be commissioned in 2023, the Port Arthur LNG liquefaction facility will have capacity to export approximately 11 Mtpa of LNG.