The US Federal Energy Regulatory Commission (FERC) has ruled that the adverse environmental impacts resulting from the proposed Sempra Energy’s Port Arthur Liquefaction Project in Southeast Texas can be brought down to manageable levels. 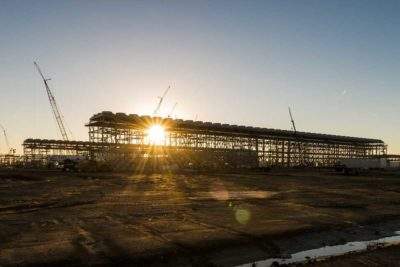 Image: Bechtel has been selected as the EPC contractor for the Port Arthur Liquefaction Project in Texas. Photo: courtesy of Bechtel Corporation.

The Port Arthur Liquefaction Project has been planned to be built in Jefferson County by Port Arthur LNG, an affiliate of Sempra LNG & Midstream, which in turn is a subsidiary of Sempra Energy.

The Commission, in a statement, said: “The FERC staff concludes that construction and operation of the Projects would result in some adverse environmental impacts, but these impacts would be reduced to less-than-significant levels.

“This determination is based on a review of the information provided by PALNG and PAPL and further developed from data requests; field investigations; scoping; literature research; alternatives analyses; and contacts with the federal, state, and local agencies, Native American tribes, and other stakeholders.”

One of the reasons for the favorable ruling is that the Port Arthur Liquefaction Project would come up on a site that was previously reviewed and approved in 2006 by the Commission.

Also the compensatory mitigation plans proposed by PALNG and PAPL would adequately address impacts of the projects on wetlands and waters of the US, said FERC. Further, the Commission said that adequate safety features will be enforced into the design and operation of the liquefaction project facilities.

The proposed projects will feature a new liquefied natural gas (LNG) export terminal in Jefferson County and about 265.5km of 42inch diameter pipeline in Jefferson and Orange Counties in Texas and Cameron, Calcasieu, Beauregard, Allen, Evangeline, and St. Landry Parishes, all located in Louisiana.

The Port Arthur Liquefaction Project would comprise two liquefaction trains, each having a capacity of 6.73 million tons per annum of LNG for export, three LNG storage tanks, each of 160,000m3 capacity, along with other infrastructure.