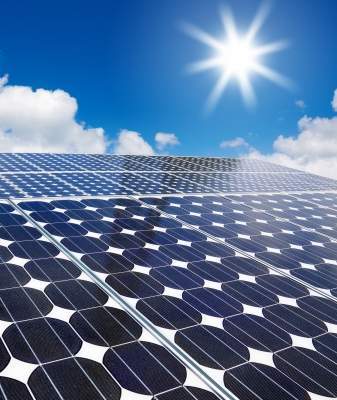 The solar power to be purchased by PNM is part of its efforts to continue serving Facebook’s data center in the state. NMRD is a joint venture between the PNM Resources and American Electric Power. This firm will build two 50MW solar photovoltaic generation facilities in New Mexico.

The first facility is expected to be operational by the end of next year and the second facility in June 2020 will follow it. Each of the facilities is expected to result in about $70m of investment in the state and will create about 200 jobs during the construction phase.

PNM Resources chairman, president and CEO Pat Vincent-Collawn said: “Opportunities for solar energy are abundant in New Mexico, and Facebook’s growth allows us to demonstrate our commitment to making our state a sustainable energy leader. We are proud to support Facebook’s presence in New Mexico.”

PNM stated that renewable energy projects such as solar and wind, which will provide electricity to Facebook, could amount to nearly $800m in investment in New Mexico and could create more than 1,300 construction and permanent jobs. The projects are expected to provide a significant boost to economic development in Valencia, Bernalillo, Quay, Torrance, Cibola and Sandoval counties.

These agreements are subject to approval from the Federal Energy Regulatory Commission (FERC).

Facebook global energy head Bobby Hollis said: “With these two new projects, we have worked with PNM to bring 396MW of new wind and solar projects that will contribute to a greener grid and help bring more renewable energy and investment to New Mexico.

“We appreciate New Mexico’s supportive environment that has enabled us to procure this amount of renewable energy so quickly.”

PNM Resources is an Albuquerque, New Mexico-based company with 2.58GW of generation capacity, serving more than 770,000 homes and businesses across New Mexico and Texas. The company’s consolidated operating revenue for last year was $1.4bn.