Petrobras has commenced oil and natural gas production from the fourth platform installed at the Buzios field located in the pre-salt of Santos Basin offshore Brazil. 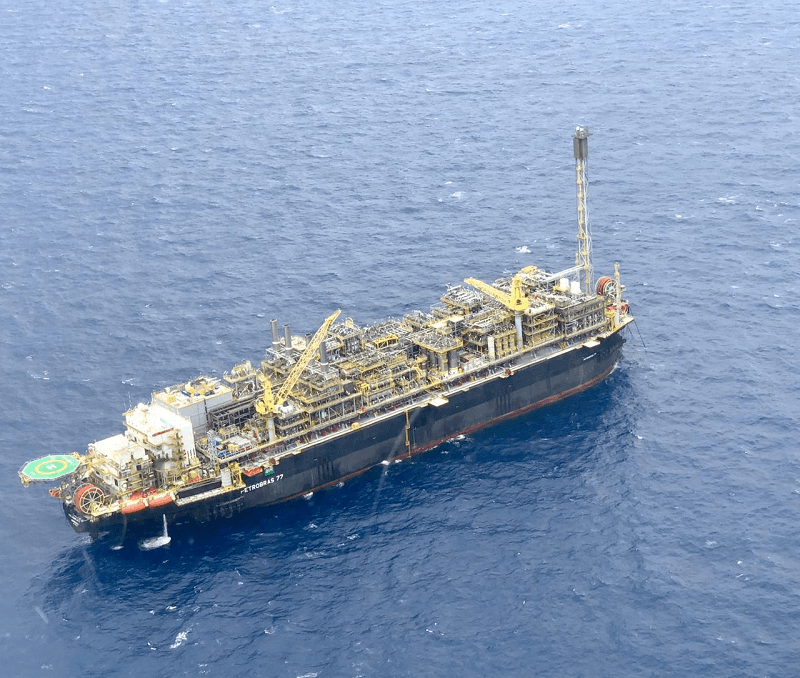 The fourth platform, which is the P-77 floating unit for production, storage and offloading of oil and gas (FPSO), has a capacity to process up to 150,000 barrels of oil per day and compress up to six million cubic meters of natural gas per day from the Buzios field.

According to Petrobras, the P-77 platform uses an interconnection to nine production wells and eight injection wells for its production.

The Brazilian national oil company said that drainage of oil production will be carried out through lifting vessels. On the other hand, production of gas is drained by the routes of the pre-salt gas pipelines.

RIG Consortium, which is made up of Queiroz Galvão, Camargo Correa and IESA, was responsible for the construction and integration of the topside modules of the P-77 platform.

The Buzios field, which was discovered in 2010, is the main field under Brazil’s Transfer of Rights Agreement. The offshore Brazilian field has been producing since April 2018.

In addition to P-77, the other three platforms that are currently producing from the Buzios field are P-74, P-75 and P-76.

All the four production platforms at the Buzios field have a daily capacity of up to 150,000 barrels of oil and six million cubic meters of natural gas.

Buzios, which was formerly known as Franco, spans an area of 416km², is located within the Cessão Onerosa region. Petrobras, the 100% owner of the asset, aims to draw 3.058 billion barrels of oil equivalent from the offshore field.

Last month, Petrobras and its partners Royal Dutch Shell and Galp started production from the Lula North deep-water project, which is also located in the Santos Basin.