In order to provide a capital efficient ramp up in mining operations, Strike proposes to adopt a staged approach to the commencement of its mining of iron ore at Paulsens East 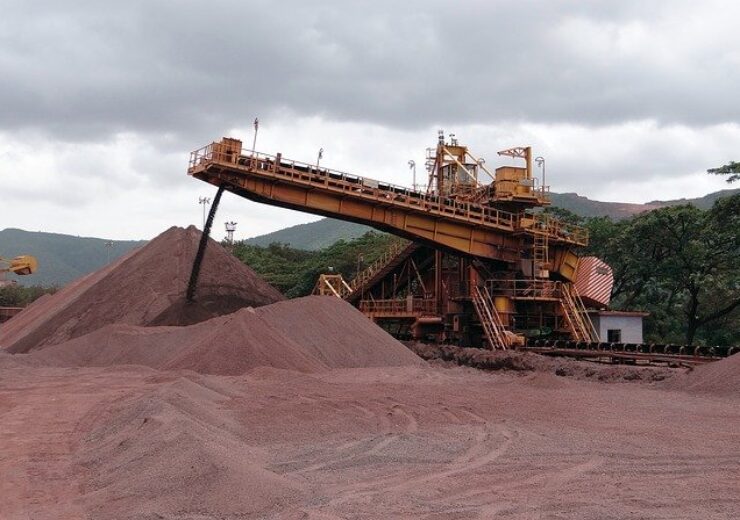 Strike Resources Limited (ASX:SRK) (Strike) is pleased to confirm that it has recently completed a review of the proposed production ramp up and export logistics of iron ore from its Paulsens East Iron Ore Mine.

This review was undertaken as part of a pre-Final Investment Decision (FID) process by Strike with three principal objectives:

To decrease the time to ‘first ore on ship’ and review the current mining plan of 1.5Mtpa to maximise early cashflow;

To investigate opportunities to create cost efficiencies in the transport of iron ore to Port with a view to maximising Project profitability; and

Defer significant capital expenditures to be funded where possible from forecast cashflows.

As a result of this review Strike now advises a significantly optimised production strategy as follows:

-An expedited production ramp up with the objective of having first production late 2021/early 2022 with steady state production ramping up during 2022 to an annualised rate of 1.5 Mtpa.

-Mine ramp up to a full annualised production of 1.5Mtpa – 2.0Mtpa in two stages, the first being the export of up to 400,000 tonnes of surface detrital and low strip ratio material to be shipped during CY 2022 through Utah Point in Port Hedland and the second stage being an annualised production rate of 1.5 – 2Mtpa transitioned from Utah Point to the Port of Ashburton in Onslow to reduce trucking distance from mine to Port.

-Total Capex over life of mine (LOM) remain at approximately $15M inclusive of $5M required for Stage 1, with remainder projected to be funded from Project cashflows.

-Working capital proposed to be funded from offtake/project finance facility which is in advanced stage of negotiation and is proposed to be entered into once FID is made by the Board of Strike.

-Average C11 cash cost (FOB) across LOM forecast to be approximately US$63 – 69 per tonne under revised production methodology where some Capex items have been amortised into operating expenditure (Opex) to reduce overall Project Capex.

In order to provide a capital efficient ramp up in mining operations, Strike proposes to adopt a staged approach to the commencement of its mining of iron ore at Paulsens East.

Given the outcropping nature of the high grade Paulsens East iron ore ridge, which in parts lends itself to a very low strip ratio together with the presence of high-grade surface detrital iron ore, it is proposed that initial mining operations will focus on these two areas of mineralisation.

Up to 400,000 tonnes of ore will be crushed and screened from these areas to produce DSO Lump and Fines products, with estimated average product Lump grade of ~62% Fe and Fines grade of ~59% Fe. Metallurgical test work indicates that a 75/25 (or higher) Lump/Fines split can be expected where Lump ore typically attracts a price premium compared to Fines.

Mining, crushing and screening and haulage operations will be undertaken by specialist contractors with overall supervision and management provided by Strike’s ‘Owner’s Team’.

The processed Lump and Fines products will be trucked from the mine to the Utah Point MultiUser Bulk Handling facility at Port Hedland (Utah Point), predominantly by sealed road, where it will be stockpiled prior to being loaded directly into ocean going vessels (OGV’s) for export to customers.

As previously announced, Strike is in late-stage negotiations with the Pilbara Port Authority (PPA) for the use of Utah Point.

Strike is currently awaiting product approval and finalisation of a multi-user access agreement with the PPA pursuant to which it will seek to export initial mine production from the Project. The advantages of Utah Point are that it is an existing facility that allows for early access, but with an attendant ~600 kilometres haulage cost from mine to Port.

Production under Stage 1 is expected to deliver up to 400,000 tonnes of export during CY 2022, before Strike transitions to Stage 2 exporting through the Port of Ashburton at Onslow, which affords a significantly shorter haulage distance of ~235 kilometres compared with ~600 kilometres to Utah Point.

Stage 2 production will focus on a ramp up in annual throughput through conventional open pit mining of the ridge of iron ore that contains the current JORC Indicated iron ore Mineral Resource of 9.6 Million tonnes at 61.1% Fe, 6.0% SiO2, 3.6% Al2O3, 0.08% P (at a cut-off grade of 58% Fe) to an annualised production rate of 1.5 Mtpa.

Strike is currently targeting the additional capital requirements for the Stage 2 ramp up to be funded from earlier cashflows generated from the Stage 1 production exported through Utah Point.

Stage 2 will also involve a scale up in the contracted mining fleet, expansion of mine site personnel and additional working capital requirements to facilitate the larger annualised production rate.

Strike is also reviewing its current mining plan with a view to bringing forward production during CY 2022 at an annualised rate of 2 Mtpa to maximise early cash flow. These works are ongoing and include both a revision to the current mining plan and to the related transportation infrastructure required to facilitate such expansion. Such review is expected to be finalised in the next quarter.

Stage 2 involves the export of ore through the Port of Ashburton at Onslow which reduces the trucking distance from mine to Port by approximately 365 kilometres.

The Port of Ashburton is a common user facility initially constructed for the Wheatstone Project and was recently transferred by Chevron to the control of the PPA.

After consultation with the PPA regarding Strike’s export requirements, the Port of Ashburton has been selected as the preferred Port for Stage 2 Production of iron ore from Paulsens East post Utah Point.

PPA has confirmed the use of the Port of Ashburton for export of iron ore by Strike subject to environmental permitting requirements and Port operation approvals being obtained by Strike, which are currently underway.

The utilisation of the Port of Ashburton will be subject to normal commercial terms offered by the PPA for the use of Port facilities.

William Johnson, Managing Director: “Strike has revised its mining ramp up plan for Paulsens East, to minimise up-front capital costs and accelerate the commencement of production. This new plan provides for production growth during CY2022 to be potentially funded from early-sales cashflow, reducing the need for dilutive capital raisings. A Final Investment Decision by the Company on the Project is expected shortly.”