Pan African Resources reported the first gold pour at its Elikhulu tailings retreatment project in Evander in the South African province of Mpumalanga, slightly less than one year of beginning its construction. 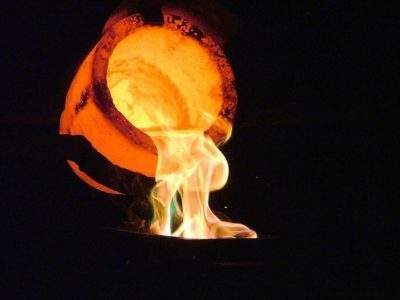 The ZAR1.74bn ($118.1m) Elikhulu tailings retreatment project is estimated to yield an average of around 55,000oz of gold annually through its 14 years of operational life. Originally, the gold project was targeted to have its first production in the final quarter of 2018.

Pan African Resources is looking to complete the commissioning phase of the project next month and produce gold at an all-in sustaining production cost of $650-700/oz.

Pan African Resources CEO Cobus Loots said: “The completion of Elikhulu’s construction and the inaugural gold pour, ahead of schedule and in line with the Project budget, is a further significant milestone as we deliver into our strategy of repositioning the Group as a low-cost, long-life gold producer.

“Elikhulu is delivering much needed new employment opportunities and is an economic boost for our local communities and for South Africa’s Mpumalanga province.”

Pan African Resources said that the Evander Tailings Retreatment Plant (ETRP) is on track of being incorporated into the Elikhulu tailings retreatment project and is slated to be completed in December.

While nearly 1,800 people were involved during the construction phase of the Elikhulu tailings retreatment project, a total of 350 people will be employed as permanent employees and contractors.

In late May, Pan African Resources completed construction of a regrind mill at its Barberton Mines Tailings Retreatment Plant (BTRP) in South Africa.

Located at the Fairview Mine in Mpumalanga province, BTRP was constructed with an investment of ZAR325.7m ($26.14m). The new regrind mill is expected to help the BTRP to sustain the annual production of nearly 21,000 ounces of gold per annum.