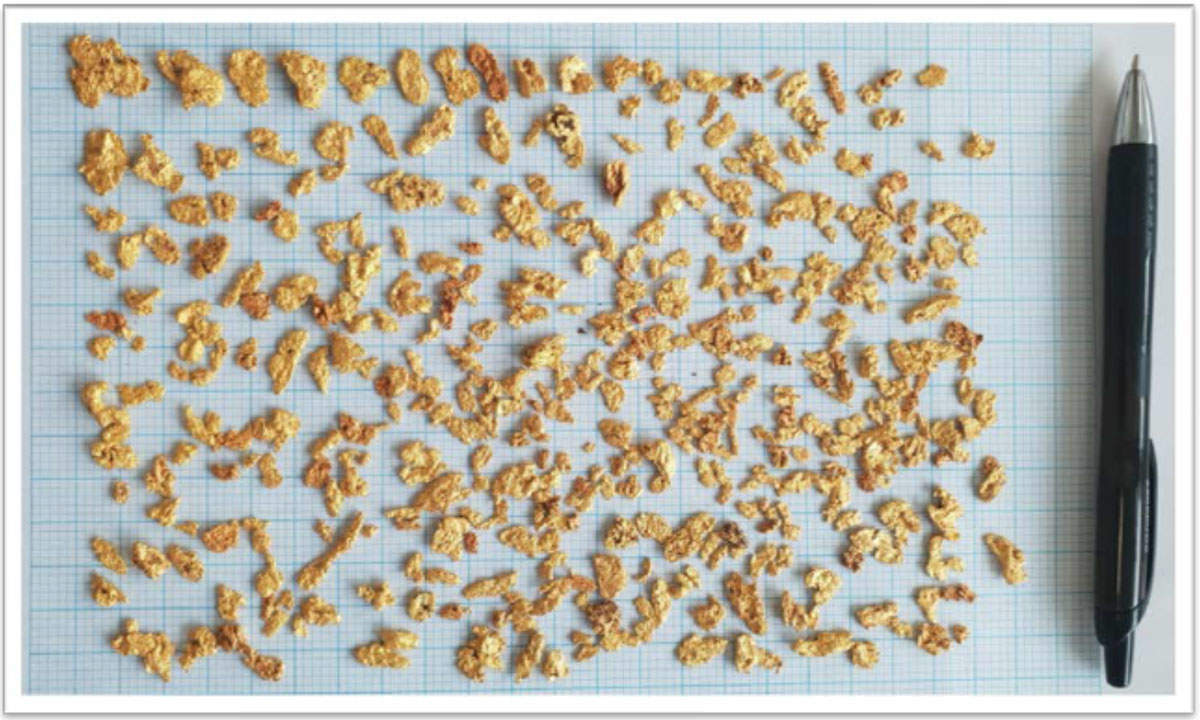 Highlights of the Bellary Dome Project:

Located on the southern margin of the Hamersley Basin and surrounded by Novo Resources Ltd. (NVO:TSXV).

Hosts approximately 25 km of  strike extent of the basal contact between the Mt. Roe Basalt and the conformably underlying Bellary Formation with widespread fine visible gold panned across the project.

Stratigraphic position of the conglomerates within the Bellary Dome Project is similar to the gold-bearing horizon at the Comet Well/Purdy’s Reward Projects.

Nature of nuggets recovered is very similar to those recovered by Novo Resources approximately 250 km to the north.

“The property is surrounded by Novo Resources and with over six ounces of gold nuggets recovered from one alluvial trap site, that were pitted, flattened, and in the elongated “watermelon seed” shape, provides additional key priority exploration targets for Pacton.”

Marindi managing director Simon Lawson said: “Marindi’s initial work at Bellary Dome has only just begun to highlight the potential for this to be just one part of a much larger regional gold play across the Pilbara region of Western Australia.