Danish energy giant Ørsted and Siemens Gamesa have announced the signing of a subcontract to supply wind turbines for the Coastal Virginia Offshore Wind project founded by Dominion Energy. 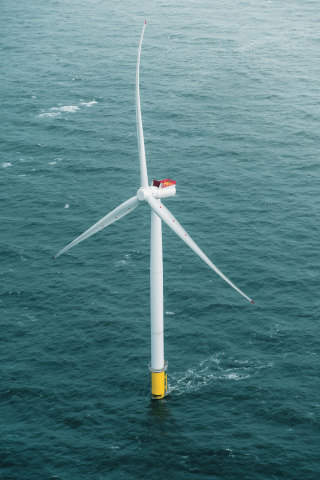 Ørsted and Dominion Energy entered into a strategic initiative, last year to provide Virginia customers with a clean, renewable source of energy. This will be the first offshore wind project to be built in federal waters, marking a significant achievement for the offshore wind industry in the United States, and it will be the first US project for all companies. Ørsted will construct the wind project using two units of Siemens Gamesa’s 6-MW SWT-6.0-154 wind turbines, totalling 12 MW of potential generated power.

Ørsted North America president Thomas Brostrøm said: “We are delighted to be moving forward on the Coastal Virginia Offshore Wind initiative. Siemens Gamesa’s record of exceptional technology, combined with our prior successful partnership experience around the world, will demonstrate how Virginia residents and businesses can experience the benefits of clean, reliable, cost competitive offshore wind energy.”

“We have always believed in the future of offshore wind power in the United States, and with so much wind potential off the Virginia coast, we are excited to finally add our state-of-the-art turbine technology to the country’s energy mix.”

The Siemens Gamesa blades for this project will be produced at the company’s manufacturing facility in Aalborg, Denmark, and the nacelle assemblies will originate from the Siemens Gamesa facility in Cuxhaven, Germany. Once in Virginia, the turbine components will be installed by Ørsted on monopile foundations. Deliveries are expected to begin in mid-2020.

The Coastal Virginia Offshore Wind project is a two-turbine demonstration project owned by Dominion Energy and constructed by Ørsted. It will be built within a research lease area adjacent to the 112,700-acre lease area currently held by Dominion Energy, located approximately 27 miles off the Atlantic coast of Virginia. The lease area has a potential wind energy capacity of at least 2GW.

Dominion Energy Generation Construction vice president Mark Mitchell said: “When we announced our initiative with Ørsted last year, we knew great things were on the horizon.

“Today’s announcement welcoming Siemens Gamesa to the team is further evidence that Virginia is poised to be a leader in the offshore wind industry. It also demonstrates that our customers can be sure that Dominion is committed to a sustainable future.”

The Coastal Virginia Offshore Wind project continues what previously was called the Virginia Offshore Wind Technology Assessment Project. Dominion Energy began work on the project in 2011 as part of a Department of Energy grant to develop and test new wind technologies that could lower costs and withstand hurricanes. Key achievements were made to advance the project during that time, including BOEM’s approval of the Research Activities Plan; environmental studies, including avian and bat surveys; and assessments of ocean currents, archaeological conditions, and whale migration patterns.