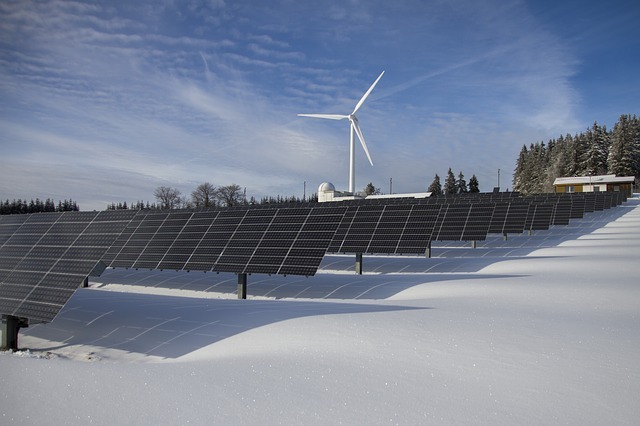 Although this start-up recently launched, Oriden has a competitive advantage because it is fully-backed by Mitsubishi Hitachi Power Systems, a Japanese multinational with operations globally and regional headquarters in Lake Mary, FL.

Oriden – a play on the English word “origin” and the Japanese word “denki” (電気) meaning ‘electricity’ – is the start of a new type of power generation organization. Oriden fulfills multiple roles within the renewable energy space, providing customized solutions for end-user energy customers — including development and permitting, construction, financing/ownership, and asset management of renewable energy projects. The team will initially focus on distributed renewable solutions, with an emphasis on solar PV and energy storage systems. This will include community solar, behind-the-meter commercial & industrial customers, and distribution level front-of-the-meter projects.

“We are excited to locally launch Oriden at Carnegie Mellon University’s Energy Week. This week honors innovation and breakthroughs in the energy sector, and MHPS is excited to contribute toward our industry’s ongoing Change in Power through the launch of a new renewable energy solutions business,” said Paul Browning, President and CEO of MHPS Americas and Carnegie Mellon University alumnus. “In fact, CMU Energy Week 2018 played a pivotal role in our company creating a new business in the region.”

MHPS considered multiple cities in its journey to launch a new business focused on renewable energy solutions. Long-time MHPS employee and Pittsburgh native, Michael Ducker (Senior Director of New Product Solutions), had pegged Pittsburgh as a key city and regional market to launch such a business: “Most people do not realize that Pittsburgh is the birthplace of modern American energy. This included the nation’s first coal mine in Coal Hill – today known as Mt. Washington, the nation’s first commercial gas well in Murrysville, the nation’s first nuclear power plant in Shippingport, and the world’s first oil well in Oil City. These past milestones combined with the city’s recent strides in promoting the next generation of energy innovations made the region a great choice for launching our new business focused on such innovative energy solutions.”

Ultimately, it took a meeting between Ducker and another Pittsburgh native, Masahiro “Mas” Ogiso, at CMU Energy Week 2018 to seal the future for Oriden and its ultimate headquarters in Pittsburgh. Ogiso, head of the new Oriden team, noted “After learning more about MHPS’s vision and motivation to expand into the renewable energy solutions space, I knew this was a unique opportunity to launch a start-up, create innovative customer solutions in a rapidly growing market segment, and all while leveraging the wealth of experience and stability of our parent company. Our ability to launch this business in my hometown made this opportunity all the more rewarding.”

Oriden’s new office is currently under renovation within Pittsburgh’s exciting North Shore and just two blocks away from PNC Park. In its initial hiring phase, Oriden will staff up to 40 local employees to help develop, finance, and operate renewable energy projects. Significantly more jobs are expected as the business continues to scale-up operations. The Oriden team is currently comprised of seasoned renewable energy developers, financiers, and operators.