A read of the WHO Fukushima report reassures by its disclosure of the messy process of good science. By Will Dalrymple 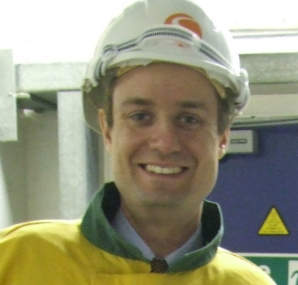 The World Health Organisation concludes, in a report which we review this month, that the health risks of the Fukushima accident are minor for both the general public and most emergency workers.

That such a wide-ranging report could be published less than two years after the incident is a major achievement, one that benefits the industry and the news cycle. But speed comes at a price of finality; this is not the definitive report. First, the report itself is clear that its results are based on preliminary, not final, source term and dose estimates analysed in June 2011, only four months after the accident. Second, the report admits that it did not use new data on cancer rates of Japan atomic bomb survivors published in February 2013. Third, the report is a study of what could happen, not what has happened: most cancers have a delayed onset, so in most cases it would have been too early to tell whether even the most highly-dosed victims, emergency workers, will actually be affected.

As I read it, I couldn’t help but sympathise with Greenpeace’s stated reaction: it’s hard to understand how the report drew conclusions about health risks based on doses received. This is the key issue of the WHO report.

Although it draws from actual data, the way it interprets that data requires the judgement of experts. It is hard for laypeople to knowledgeably evaluate those judgements; we need to take them on trust. So the credibility of the report rests on the qualifications of the experts, and on the processes they follow. One thing is clear: epidemiology is not straightforward.

Medical records form the basis of cancer incidence risk models. Epidemiological studies, as well as experimental studies, inform our knowledge of the health effects of radiation. These data have been used to develop risk models (the report sources five) that take into account variables such as sex and age at exposure. The models can be applied to other populations with similar characteristics to determine the impact of radiation. So the expert group had to decide on the best-fitting (but still imperfect) risk model for the study. Woe betide researchers who get that job wrong: a recent long-term study (see p29) found a high incidence among Chernobyl workers of one type of common leukaemia in Ukraine; that type that is largely absent in the Fukushima data because of a presumed resistance in the Japanese population.

The report’s cancer data is grouped into four categories: leukaemia, thyroid cancer, breast cancer, and all solid cancers. There are two ways to describe the health effects of radiation: in terms relative to the baseline risk of getting cancer (which the report estimates as one in three in the industrialised world), in absolute terms, regardless of the baseline level, or in some combination of the two. For leukaemia, thyroid cancer and all solid cancers, the report authors decided to use a 50:50 hybrid of relative and absolute risk factors. For breast cancer, they used only absolute risk factors. These choices seem to be more or less matters of judgement.

One of the most important baseline references for Fukushima is the study of Japanese atomic bomb survivors. They, of course, were exposed to high doses of radiation over a short period; how applicable this is to the comparatively low doses of radiation experienced over a long period after Fukushima is not clearly indicated in the research literature, nor is it a matter of expert consensus. In the end, the expert group decided — not unanimously — not to add a modification factor in calculating Fukushima exposures derived from atomic bomb-derived risk models.

These twists and turns don’t take away from the value of the report; they just illustrate how difficult the work is. I find all of this complexity reassuring. What I trust most is a group of people who, faced with an equivocal situation, are confident enough to make a judgement, and document why they made it. Their admission of doubt makes their decisions all the more believable. That is science for you; it may not be perfect, but it is the best we can do.