Renewable power – what about the hype? 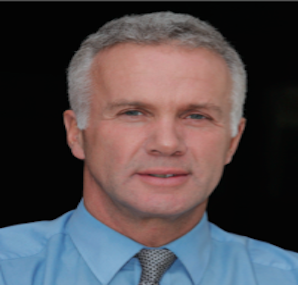 In last month’s article, (June 2016, ‘Renewable energy – can it push nuclear out of the picture?’) it was concluded that it will be extremely difficult for wind, solar and other forms of renewable energy to supply all our power needs. And certainly not all our energy needs. Nevertheless, an earlier article (November 2012, ‘Renewables – is the honeymoon over’) was certainly somewhat premature. Although there are some exceptions, such as the reduction of subsidies for wind and solar power in the UK, renewable power is still clearly moving forward on a worldwide scale. What is obvious is there is a huge amount of hype and at best misleading statements made about renewables. It’s worth examining a few of these, particularly those that blatantly misuse statistics. Whilst remembering
Professor Sir David Mackay’s insistence from last month that one must do the basic arithmetic correctly.

Last year ten new nuclear reactors – eight in China, one in South Korea, and an experimental fast reactor in Russia – connected to the grid with 9.4GW total capacity. This was twice as much new capacity as in 2014 and the most since 1990. How does this stand up against wind and solar? At first glance it seems like last year’s worldwide addition of 64GW of wind power and 59GW of solar power dwarfed the new nuclear capacity. The renewables advocates always make a huge fuss about investment and therefore capacity figures, trying to encourage us to forget that it’s actually deliverable power that we need (and indeed pay for).

A wind or solar gigawatt of capacity is unfortunately not the equal of a nuclear gigawatt in productivity and longevity. Wind turbines have an average capacity factor – the electricity they generate divided by what they could generate if they ran at full capacity all the time – of about 25% while solar power can achieve about 15% on average. These factors reflect the productivity deficit from the variability of the wind and the sun. Nuclear reactors are not weather- dependent and can produce at maximum power most of the time, so well-run units have much higher capacity factors, at close to 90% for the large reactors in China, South Korea and the US.

So last year’s new nuclear reactors actually have a productive potential comparable to that of the new wind or solar capacity. Taking account of the capacity factors, the 9.4GW of nuclear power will generate 71TWh each year, close to the 78TWh produced by 59GW of solar power. The 64GW of wind capacity will generate twice as much electricity per year (140TWh) as the new nuclear units. But nuclear reactors have an estimated 60-year lifespan whereas wind turbines are only expected to last for 30 years, so reactors will produce the same amount of power – approximately 4,200TWh – as the wind turbines over their lifetime. And substantially more than the solar panels, which are likely to last for 40 years and produce about 3,200TWh.

It is interesting to consider this exercise for China alone. China has easily the biggest nuclear, wind and solar programmes in the
world. In 2015 it installed an additional 7.6GW of nuclear capacity, 36.5GW of wind and 18.3GW of solar power. Despite adding nearly five times more new wind than nuclear capacity, China saw its nuclear generation grow more than its wind generation in 2015, 38TWh for nuclear compared to 32TWh for wind. This reflects a high capacity factor for nuclear – approaching 90% – but only 20%
for wind. In addition to the intermittency issue, China has been struggling to use much of its wind capacity because it is located in remote areas with poor grid connections.

Looking at the complete stock of nuclear reactors and wind turbines, China got almost as much electricity from its nuclear sector as a whole as it did from its wind sector, 171TWh compared with 185TWh, even though the total grid-connected wind capacity, 128GW, was almost five times larger than the country’s 27GW of nuclear capacity.

To add in a simple economic dimension, it is true that due to the falling cost of renewable power, the installed cost of wind and solar power per kW is now less than nuclear, even in China. US$1,000- 1,500 per kW is now achievable for large wind and solar installations in China, while the latest Gen III nuclear reactors are likely to cost more than twice as much at about US$3,500 per kW installed. But taking into account the capacity factors, the cost per kWh generated of the nuclear units will be substantially lower than that from wind and solar.

Although this is admittedly a crude comparison, not taking into account the longer time it takes to build nuclear stations and the cost of finance, the differences in plant productivity yield a cost advantage for nuclear power that is also reflected in Chinese electricity prices. New nuclear plants receive a feed-in tariff of 0.43 yuan (6.5 cents) per kWh while new wind capacity gets 0.49-0.60 yuan and solar 0.9 -1.0 yuan. So renewable power is still rather more expensive than nuclear and requires both subsidies and favourable grid access to make any substantial headway.

Another approach of renewables advocates is to emphasise not the additional generating capacity of new wind turbines and solar panels but the quantity of investment in hard cash. Stories are quite common in the media about "record renewables investment" with levels well ahead of fossil fuels and nuclear. But this reflects the high cost of renewables and is not reflected in additions of large quantities of power to the grid. When the wind is blowing and the sun shining, it may appear that the investments are very worthwhile as renewables can supply a large proportion of the power that is needed at the time. But on a foggy winter day there is virtually no wind and solar at all but high demand remains. So over an entire year, the return on investment for renewables in terms of power produced per dollar is not good.

Talk of a clean energy transformation is also nonsense as renewables are not replacing dirty power generation. In the US over the past four years gas and oil increased ten times as rapidly as wind and solar in terms of overall energy production. Coal production fell sharply, but it is clear that it is gas which is replacing it, not renewables. This is the key energy transformation.

In Germany the rise in renewable power looks impressive but it is not effective in an environmental sense as it is replacing nuclear rather than coal. The huge amounts of renewable power coming to the grid at particular times require backup and this is largely from lignite (‘brown’ coal) plants, which are hugely polluting. There are lignite units still under construction.

Gas generating units, which would be better than coal for the environment, are shutting down for economic reasons as Europe does not, as yet, have the low gas prices of the US. Advocates are insisting that we invest in clean energy technologies, but they are promoting the most expensive, most challenging and least scalable.

A further myth from advocates of renewable power is its job creation ability. The International Renewable Energy Agency (IRENA) recently announced that a boom in solar and wind power jobs in the US led the way to a global increase in renewable energy employment to more than 8 million people worldwide in 2015. They claim 769,000 people were employed in renewables in the US in 2015, dwarfing the 187,000 employed in the oil and gas sector and the 68,000 in coal mining. Jobs in solar and wind grew by more than 20% in 2015, while oil and gas jobs fell by 18% as the fossil fuel industry struggled with lower prices.

While it is true that at the manufacturing and installation stage, renewable energy investments are good for job creation, the jobs do not last long. Evidence of this can be found in IRENA’s own figures for Europe. Renewables employment fell in the European Union for the fourth year running, due partly to the eurozone economic crisis but mainly to the cutting of subsidies and other support. The solar photovoltaic (PV) industry was the biggest renewables employer in 2015, with 2.8 million jobs worldwide, an 11% increase. But in Europe solar PV employment in 2015 was a third of its peak in 2011 as subsidies were cut and solar panel manufacturing moved
to Asia, principally to China. Once wind turbines and solar panels are installed they do not require many people to operate them. In addition to zero fuel costs, relatively low operation and maintenance (O&M) costs founded on a low labour input means that if they are available – given adequate amounts of wind and sun – they should be taken up by the grid.

The intermittent nature of most renewable power sources causes major problems for the power grid and for the other generation technologies, which are then called upon to cope. Solar is, to some extent, more predictable than wind in that its constraints – particularly in regions like north western Europe – are the time of year, time of day and the degree of cloud cover. The first two of these are known; December will be a lot less than June and there will be a rise from zero overnight to a peak during the day. In sunnier parts of the world, where solar has more substantive attractions – particularly a narrower spread between summer and winter conditions – there remains a huge problem called "value deflation".

A 2015 report from MIT, ‘The Future of Solar Energy’, explains how this may play out. Solar panels generate their electricity during the day, ramping up to a peak in the afternoon when the sun is high in the sky. This is not necessarily a bad thing as electricity use may also soar on hot, sunny afternoons – particularly for air conditioning. Because solar panels have zero marginal cost – once they are installed and paid off – grid operators take their electricity instead of resorting to more expensive peaking plants, which in most cases are natural gas units. That pushes down the wholesale price of electricity in the day, which is clearly good news for consumers, but the problem comes when you keep adding more and more solar panels. As that happens, the wholesale price of electricity keeps falling during sunny hours and each additional solar panel becomes that much less economically valuable.

Technically, value deflation is an issue for any energy source. If you add more natural gas plants to the grid, the marginal value of each subsequent plant decreases. But it is a bigger problem for solar panels because they are all generating electricity at the same time of day, eating into their own market share much more quickly.

Ultimately if they are to carry on expanding their share of power generation, the cost of solar panels must continue to fall. This is unless storage becomes much cheaper or there is greater investment in high voltage transmission lines, so power can be switched to where it is most needed. But there is an irony as renewable energy was always depicted as replacing big power grids with small scale distributed generation. It now seems that huge installations and unsightly power grids are necessary once renewable shares escalate. That will make it hard to gain public acceptance on sites and also offend notions of maintaining energy security by region.