The seven blocks bagged by ONGC during OALP IV have a combined resource potential of nearly 33 billion bbls of oil and oil equivalent gas, as per MoPNG 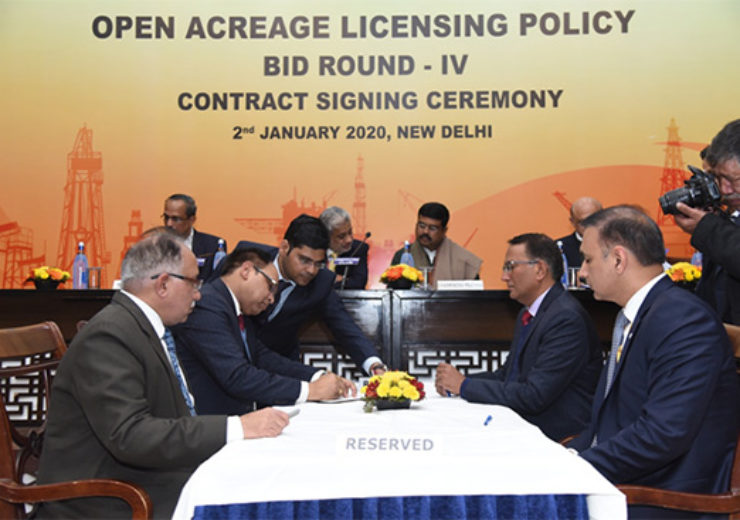 Oil and Natural Gas Corporation (ONGC) has won exploration and production rights for seven onshore oil and gas blocks in India offered by the country’s Ministry of Petroleum and Natural Gas (MoPNG).

The blocks, which are spread across three sedimentary basins, were awarded to the Indian state-owned oil and gas company during the fourth bid of the Open Acreage Licensing Policy (OALP IV). Bids were opened for the fourth round in August 2019.

According to MoPNG, the total acreage of the blocks is 18,510km2. The ministry claimed that the seven blocks have a combined resource potential of nearly 33 billion barrels of oil and oil equivalent gas.

Details of the onshore blocks won by ONGC during OALP IV

The RJ-ONHP-2019/1 block awarded in Rajasthan is contained in Category I Basin, which means that the basin already has commercial production. The onshore block spans 2,118.83km2.

The BP-ONHP-2019/1 block awarded to ONGC in West Bengal is located in the Bengal Purnea Basin, which comes under Category III Basin, which means that the sedimentary basin is yet to be explored. The onshore oil and gas block is spread over an area of 3,130.91km2.

MoPNG expects the awarded blocks in the OALP programme to generate an investment of around $2.35bn in the next three-four years in exploratory activities itself.

Indian Minister of Petroleum and Natural Gas & Steel Dharmendra Pradhan said: “We have shifted our focus from revenue to production maximisation and have adopted the path of continuous reform.