The decision will also impact the further development of two other North Sea discoveries, Grevling and Storskrymte 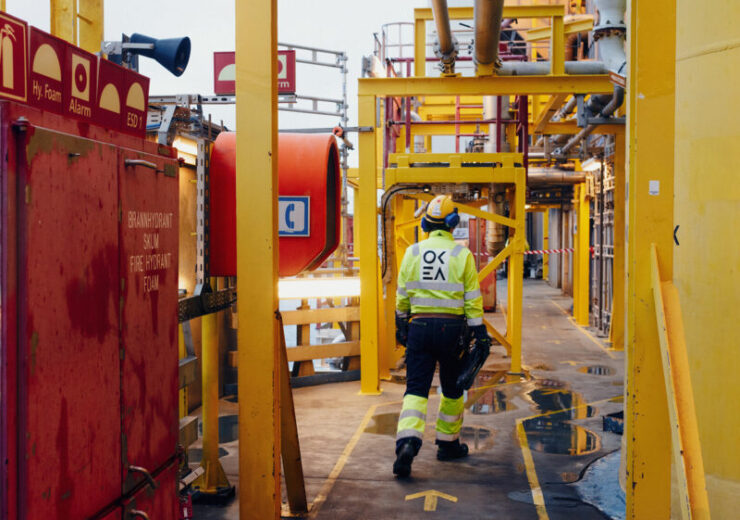 OKEA is expected to drop its plans of further developing the Vette, Grevling and Storskrymten discoveries in the North Sea. (Credit: OKEA ASA)

OKEA announced that it will not pursue the further development of the Vette oil discovery in the PL972 license in the Norwegian North Sea due to a lack of financial robustness of the project.

The Norwegian oil producer will propose to its licence partners against developing the oil discovery. The company is partnered by ONE-Dyas Norge and M Vest Energy, which have a stake of 30% each.

OKEA holds an operating stake of 40% in the Vette licence.

The company had signed a deal in December 2020 to acquire the asset from Repsol Norge. After taking up the operatorship, the company is said to have been maturing the oil discovery towards a decision to proceed beyond the feasibility study.

According to OKEA, over the last few years, it has worked to enhance the economics of the Grevling and Storskrymten discoveries along with the license partners. Although considerable reductions could be achieved in break-even cost, they have been found to be insufficient to move ahead with an independent field development.

OKEA is the operator of the Grevling discovery, which is located in PL038 D. Its partners in the license include Chrysaor Norge and Petoro.

The company is also the operator of the Storskrymten discovery in PL974, where it is partnered by Chrysaor Norge.

OKEA CEO Svein Liknes said: “With the start-up of the Yme field in the second half of 2021 and energy prices at multi-year highs, OKEA has a strong cash balance which we aim to deploy where we can add the greatest value.

“We see several attractive opportunities on the NCS with significant upside potential. Therefore, we believe there are other investments that will provide greater near-term value creation for OKEA and better returns to our shareholders.”