US DOE to develop EIS for building Versatile Test Reactor 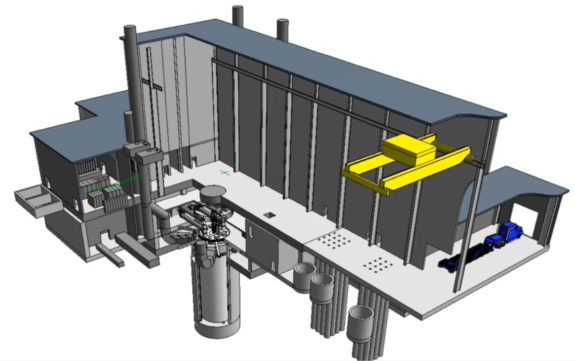 The US Department of Energy (DOE) said that it will develop an environmental impact statement (EIS) to assess the impacts of building a Versatile Test Reactor in the country.

The objective of the Versatile Test Reactor will be to evaluate future fuels and materials that are being designed by the industry for advanced civilian nuclear power reactors to generate huge amounts of carbon-free, economical electricity for the power grid.

In this regard, the DOE has published a notice of intent in the federal register about its plans to develop an EIS for the pilot project, in accordance with the National Environmental Policy Act (NEPA).

US Energy Secretary Rick Perry said: “This testing capability is essential for the United States to modernize its nuclear energy infrastructure and for developing transformational nuclear energy technologies that reduce waste generation and enhance nuclear security.

“Lack of a domestic reactor with versatile fast-neutron-spectrum testing capability is a significant national strategic risk affecting the ability of DOE to fulfill its mission to advance the energy, environmental, and nuclear security of the United States and promote scientific and technological innovation.”

DOE has invited public comments on the pilot project during the first steps of the NEPA process till 4 September on what it should have in the scope of the draft version of the EIS. The Draft EIS analysis, under NEPA, is expected to be ready in the next several months, published, and to be open to public feedback for 45 days.

DOE will look into the public comments before finalising the EIS on the Versatile Test Reactor. Once final, the EIS will be published and will be open to public feedback for 30 days before the DOE issues a record of decision.

“If this capability is not available to U.S. innovators as soon as possible, the ongoing shift of nuclear technology dominance to other international states such as China and the Russian Federation will accelerate, to the detriment of the U.S. nuclear industrial sector.”