COMMENT: Nuclear power – what are the barriers to expansion?

Fundamental change is needed to secure the future of nuclear energy. The current international regime and the focus on safety is beginning to hamper potential even in growth regions like China and India, says Steve Kidd. 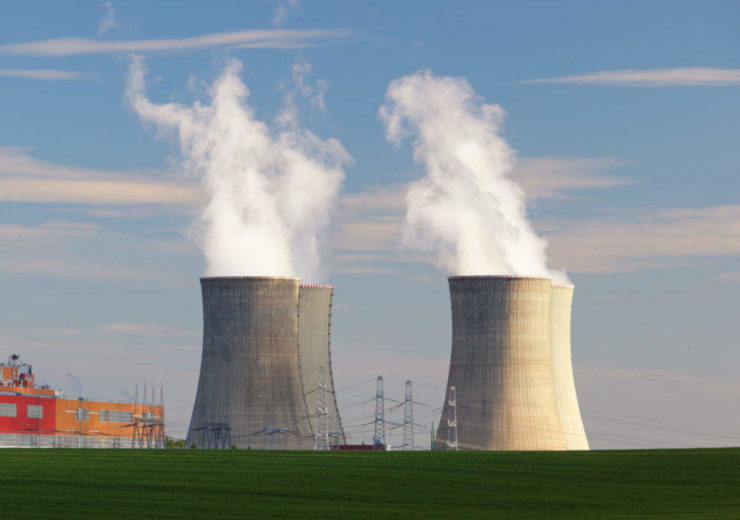 In my articles over the past two months, I have argued that there is a substantial open space for nuclear power in this century’s energy supply, but that a necessary pre-condition for achieving this is overcoming the lack of knowledge and public fear about radiation. It is necessary to accept nuclear power as just a normal industry, with less of the emotional baggage which surrounds it today.

Effecting such a paradigm shift will be hugely challenging, so the industry shies away from it and specialises in useless communication programmes that do precisely the opposite. The Asia Pacific region is usually used as an example where nuclear developments are relatively positive, but the news from China, Japan and Korea suggests that the Fukushima accident still resonates more with the public and representative bodies than does the view that nuclear is fundamentally a benign, safe technology with impressive environmental attributes.

In China, the sudden slowing of the nuclear programme has a variety of causes, but prominent amongst these is that the public is deeply afraid of nuclear. This is reflected in project delays, cancellations and the regulatory process (see August 2018, ‘Nuclear in China – where is it heading now?’). The government has handled the issue of inland sites for reactors stupidly (essentially telling the public they are second rate from the safety angle). There is now a real risk that nuclear will become no more than a convenient bridging technology for China, as a route towards something much better in the future.

Similarly, in Japan, the public is not convinced by the government’s intention to restore nuclear to around 20% of power generation by 2030. Lack of local public support in the areas surrounding reactors is the hardest issue to overcome. The future lies in the continuing the reactor restart programme but the government and regulators have lost the public’s confidence, with the local industry as inept as elsewhere in the world in countering this. Without restoring confidence, a prosperous future is unlikely.

South Korea can now be added to the list of counties where the nuclear future now looks dim. A few years ago, the domestic programme (based on developing standardised reactor designs from imported technology) seemed set to continue at about one new unit a year. Initial export success was achieved in selling four reactors to the UAE and it was expected that Korea would become a serious player in the international nuclear market.

The election of an anti-nuclear President has put a sudden stop to this, with limitations placed on the lives of operating reactors and curtailment of the new-build programme. There are instances of public support for nuclear, in areas near reactor sites and alongside doubts about the ability of renewable power to displace, but they are fragile. Nuclear may become a necessity, but it is one that few people are happy with. Something better will no doubt eventually come along.

We can see from these three examples that the industry’s attempts to rebrand nuclear in the years since the Fukushima accident have got nowhere. One problem is that there is an “establishment” in the nuclear industry which is resistant to deep change. If one asserts that radiation is not as worrying as everybody thinks it is, one is saying to all the people working in radiological protection that their past actions may have been misguided. Within nuclear trade associations and international bodies such as the International Atomic Energy Agency (IAEA) and the Organisation for Economic Co-operation and Development (OECD), there is a mass of establishment thinking about nuclear which does not help it at all.

People claim to be supportive but come up with ideas like nuclear roadmaps and energy scenarios that are harmful. Within the industry itself, there are too many people who have worked only in nuclear and are seemingly not very upset with the way things are today. They know that things are far from ideal but are not motivated to do anything to change this. Or they have given up, as it is too challenging to shift away from the paradigm of fear.

The traditional approach to nuclear’s public acceptance problem is offering more facts and figures but this clearly doesn’t work. It has a tendency to give out mixed (or even negative) messages rather different to what the authors intended. Surely the truth will convince people that nuclear technology is the best option? Yet we have ample evidence that most people operate on a level where facts hold little sway and belief is all-powerful.

The anti-nuclear camp has been very successful over the years in convincing people that nuclear power is dangerous and evil, with fears stoked up by appealing to people’s emotions rather than their intellect. Facts have a place, as does much more careful use of language, but imagery has dominated the nuclear debate. This has to be addressed in any communications plan.

A big barrier is the institutional setup of the nuclear sector. It is striking how much this still reflects the thinking of the early days of nuclear power in the 1950s. President Eisenhower’s ‘Atoms for Peace’ speech at the United Nations in 1953 led to the founding of IAEA in 1957. To be fair to the IAEA, it does a lot of excellent work, notably on the non-power applications of nuclear technology in health, agriculture and industry. But that it is necessary to have an intergovernmental body staffed with 2,500 people surely supports the notion that nuclear is a dangerous technology.

A key department at the IAEA implements the safeguards regime, aiming to prevent the movement of nuclear materials from civil into military uses. This may give the impression that there are a significant number of countries keen on acquiring nuclear weapons. Yet proliferation of nuclear weapons has been much slower than pessimists believed 60 years ago, because very few countries have any real interest in acquiring them. History also shows us that if such countries are determined to get weapons, they will do so. North Korea is a good example of this.

Nuclear security is also something that the IAEA monitors closely. Yet terrorist incidents tend to be relatively low-tech. The possibility of any non-state actors developing and delivering a functioning nuclear weapon are effectively zero but this has not prevented development of an industry of organisations denying it. There are examples of Greenpeace activists penetrating nuclear station perimeters and hoisting flags on buildings and of drones overflying nuclear facilities. Those claiming that this is important should be looking at hospital waste for the most likely source of materials for a non-explosive ‘dirty bomb’, rather than worrying about the nuclear power sector.

Other work by intergovernmental nuclear organisations can be misinterpreted. Working with developing countries on their energy plans and nuclear’s place is a good thing. But producing a long list of requirements supports the contention that nuclear is uniquely dangerous and difficult. Nuclear roadmaps with lists of requirements that must be satisfied by a successful nuclear power programme read very much like an anti-nuclear prayer book. None of today’s nuclear power countries completed such tick-boxes, and new ones with plants under construction (such as Belarus and Turkey) have done things differently. Such reports are no doubt well-intentioned, but act as potent accessories to perpetuating nuclear fear and give ammunition to anti-nuclear forces.

Establishment thinking about the risks of radiation and the actions that should follow a release from a nuclear facility may be the biggest barriers to overcoming the fear. What stands out is how weak the industry (through its representative bodies) has been in taking on vested interests. They accept the notion that nuclear power is dangerous and a radiation release however minor, may have health consequences and maybe require local evacuation. Radiological protection officers working in the industry are hard-working professionals but they are providing tacit support to a system that is doing huge harm to nuclear.

The climate change argument is where the industry is majoring its efforts. Industry bodies point out that some of the countries with the best records on carbon emissions use a combination of nuclear and renewables, while claiming that nuclear plants have avoided carbon dioxide emissions. This is, at best, disingenuous. None of the nuclear reactors around the world were built to abate carbon. They were built for other reasons, such as energy security and economics. Admittedly, it was believed that their environmental impact would mainly be benign, but investments are made for what a technology does, rather than what it does not do.

Some of the former environmentalists who now advocate nuclear power fall into the same trap as their new friends in the nuclear sector, advocating new technical solutions to what are actually deep-set business problems. The list of under development ‘paper reactors’ is as extensive as it has always been, but none (including the fashionable small modular reactors) will likely see the light of day unless the fear paradigm itself can be shifted.

There appears to be a growing consensus that fear is the biggest barrier to progress in nuclear, but how to deal with it is the biggest debate. There is a shortage of solutions, with most directed at the usual areas of safety, waste and the weapons link. Too many advocates offer little beyond blind belief in nuclear. We need to think more expansively and find something that is simple, effective and has a good chance of working.

Steve Kidd is an independent nuclear consultant and economist with East Cliff Consulting.