More than 40 construction machines, including 200 to 800-ton tower cranes, are deployed on the site, and over 180 workers and engineers engaged 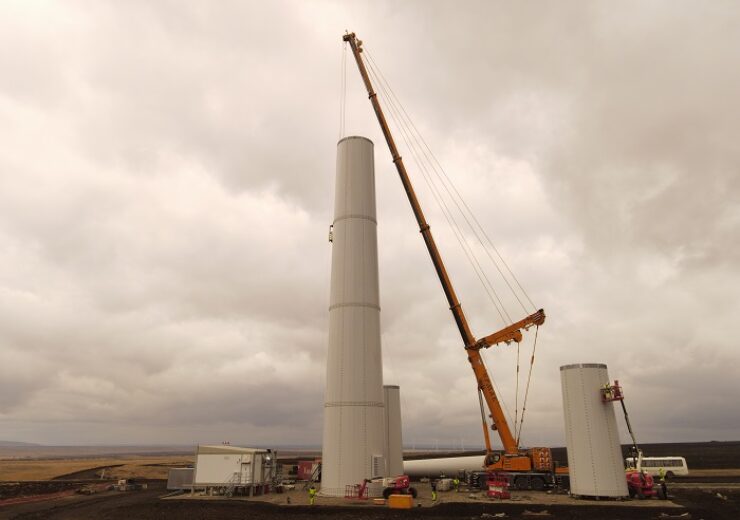 Installation of wind turbines began at the Kuzminskaya Wind Farm in the Stavropol Krai (Southern Russia). A total of 64 wind turbines with a capacity of 2.5 MW each will be installed on the site. With an aggregate capacity of 160 MW, the wind farm is estimated to generate 378 million kWh of electricity per annum.

More than 40 construction machines, including 200 to 800-ton tower cranes, are deployed on the site, and over 180 workers and engineers engaged. Work is going on in two shifts to assemble and install wind turbine tower sections at three sites simultaneously. Meanwhile, wind turbine components continue to be delivered to the construction sites from the centralised storage facilities in Nevinnomyssk and Kursavka, Stavropol Krai to be used in the assembly and installation works.