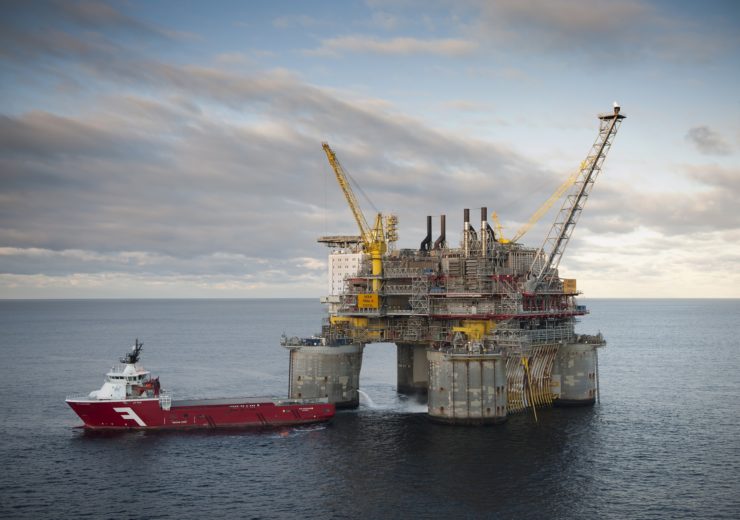 Equinor and its partners have secured consent from the Norwegian Petroleum Directorate (NPD) to operate the Troll B facility in the North Sea for a further 10 years.

The Troll B offshore platform, which also received 10-year lifetime extension consent from the Petroleum Safety Authority Norway recently, will continue to operate until 2030.

The platform is claimed to be one of the potential solutions for further developing gas production from the Troll Vest gas cap, the Troll phase three project.

The Troll Phase 3 project involves the development of the large gas reserves contained in the western part of the offshore Norwegian field.

NPD said that the Troll B extended lifetime also includes the oil and gas pipelines, which were part of the approved field development and operation plan. The platform has produced more than one billion barrels of oil since its commissioning.

The Troll oil and gas field is located 65km west of Kollsnes offshore Bergen in the northern part of the Norwegian North Sea.

In January 2020, Aker Solutions secured front-end engineering (FEED) study contract from Equinor to enable power from shore and reduce CO2 emissions from Troll B and C platforms at the Troll field.