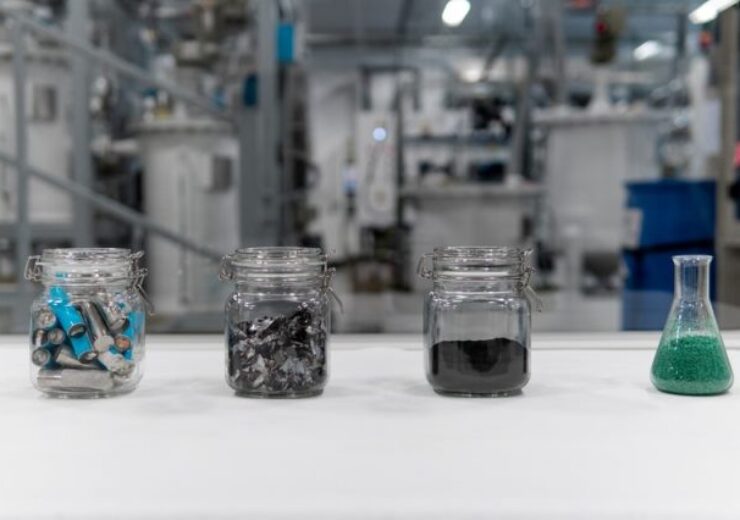 The NMC cathode was manufactured using metals recovered through the recycling of battery waste.

Northvolt Labs, located in Västerås of Sweden, was used to complete all recycling and production processes.

Using a low-energy hydrometallurgical treatment, recycled nickel, manganese and cobalt were recovered from battery waste. These recycled materials were used to produce the new cell.

The hydrometallurgical treatment is said to involve the use of an aqueous solution for the isolation of the metals and separate them from impurities.

Based on the validity and efficiency of its recycling process, the company is now focusing on scaling-up of recycling capacities to meet its aim of producing cells with 50% recycled material by 2030.

To facilitate recycling of 125,000 tonnes of batteries per year, Northvolt’s Revolt Ett giga-scale recycling plant,  which is under development adjacent to Northvolt Ett gigafactory in Skellefteå, is planned to be expanded beyond its initial design.

Construction on the recycling plant is expected to be commenced in the fourth quarter of next year.

Northvolt chief environmental officer and Revolt head Emma Nehrenheim said: “What we have shown here is a clear pathway to closing the loop on batteries and that there exists a sustainable, environmentally-preferable alternative to conventional mining in order to source raw materials for battery production.

“The recycling process can recover up to 95% of the metals in a battery to a level of purity on par with fresh virgin material. What we need now is to scale-up recycling capacities in anticipation of future volumes of batteries requiring recycling.”

Revolt Ett is claimed to be the only large-scale facility in Europe that can recycle lithium, as well as nickel, manganese, cobalt and other metals.