The Taparko mine, which experienced several attacks by militants in the recent weeks, produced 53,500 ounces of gold in the first nine months of 2021 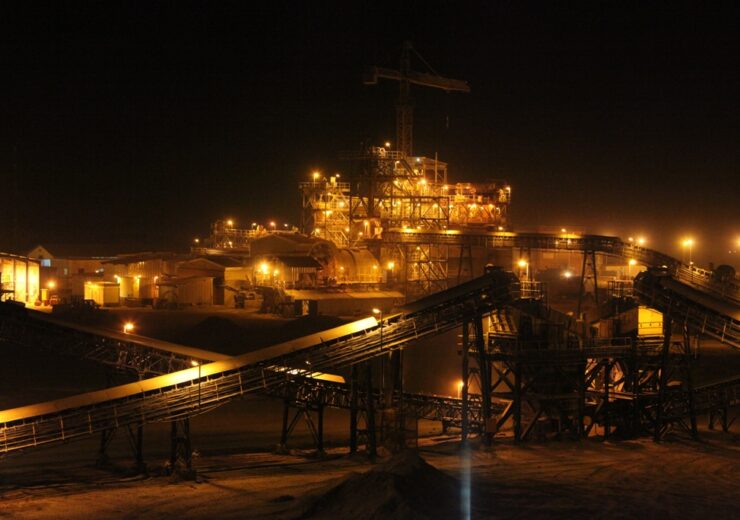 The Taparko mine features a ball milling facility a processing plant, and CIL circuits. (Credit: Nordgold)

Société des Mines de Taparko (SOMITA), the subsidiary of Russian gold miner Nordgold, has closed its Taparko mine and declared force majeure due to growing security concerns in in Burkina Faso.

SOMITA director-general Alexander Hagan Mensa was quoted by Reuters as saying that the company is facing threats against its operations and employees, reported Reuters.

The recent weeks have seen access to the mining site become “quasi-impossible”, in turn placing its employees’ lives in danger.

The mining site is situated close to the tri-border area of Burkina Faso, Mali and Niger.

Mensa also added: “The company finds itself in a situation of total incapacity to continue its activities.

“We are therefore advising you of the halt of our mining activities because of force majeure and for security reasons.”

The staff has already been instructed to “follow the evacuation plan and management’s instructions.”

Details on evacuation procedures or whether the contracts with employees will stand terminated have not been disclosed.

Situated in Namantenga province, the Taparko mine produced 53,500 ounces of gold in the first nine months of last year.

In the recent weeks, the mine had experienced several attacks by militants.

The Taparko mine is held 90% by SOMITA, while rest is held by the Government of Burkina Faso.

Following Ukraine-Russia conflict, in February, the European Union had imposed a sanction on Alexey Mordashov, who previously held controlling stake in Nordgold.

The firm sources gold from Nordgold’s mines in Guinea, and Burkina Faso.