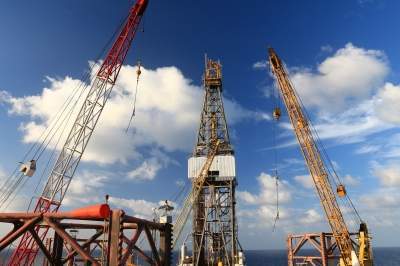 The newbuild jackup rig, which will be named as Noble Johnny Whitstine, was constructed at the PaxOcean Graha shipyard in Batam, Indonesia.

Noble revealed that it has secured a drilling contract for the Noble Johnny Whitstine jackup rig from an undisclosed party to carry out drilling in the Middle East region.

The drilling contract has a primary term of three years and also has an option to be extended for a year. The Noble Johnny Whitstine jackup rig is expected to begin the contract work in early-2019.

Noble claims that the strong rig design for moderate environments enables the Noble Johnny Whitstine jackup rig to operate in water depths of up to 375 feet and well depths of 30,000 feet.

Further, the jackup rig is claimed to be a modern drilling control system, made up of a 70ft x 40ft envelope cantilever skidding system, which in turn, is equipped with two blow out preventers, that contribute to its improved drilling capabilities.

For its acquisition, Noble paid $33.75m in cash to PaxOcean, with the remaining amount of $60m or so to be seller-financed at a 4.25% interest rate paid in cash and 1.25% paid in kind over the term of the financing.

Through the deal, Noble has also been given an option for buying a second newbuild CJ46 jackup rig from the Singaporean company.

“This attractive acquisition of a proven and highly versatile jackup design will provide us with a near term contract commitment and future opportunities where growing customer demand is evident.”

Noble carries out contract drilling services using a fleet of 25 offshore drilling units. Included in these are 12 drillships and semisubmersibles and 13 jackups.