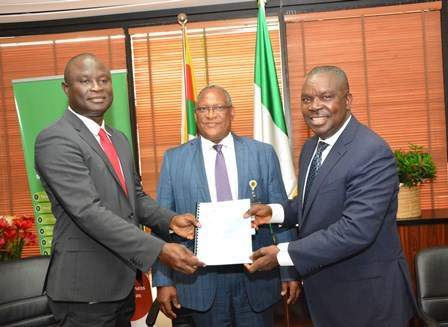 The ANOH gas development scheme, which is aimed at producing around 3.4 billion standard cubic feet of gas per day by 2020, is one of the 7 Critical Gas Development Projects (7CGDP) in Nigeria. 7CGDP, in turn, is aimed at improving gas production and infrastructure development in the African country.

NNPC and Seplat have been promoting a special purpose vehicle called ANOH Gas Processing Company (AGPC) to develop, build, operate and maintain the ANOH Gas Processing Plant. The processing plant to be built in Imo State will have an initial capacity of 300 million standard cubic feet per day.

NNPC group managing director Maikanti Baru said: “Following the execution of Heads of Terms (HoT) by the Nigerian Gas Processing and Transportation Company (NGPTC) on behalf of the NNPC, Seplat and AGPC on December 19, 2017, the Steering Committee for the AGPC project has provided the leadership and broad guidance for the development and finalisation of the various commercial agreements required to underpin the project.”

Seplat signed a shareholder agreement and share subscription agreement with the Nigerian Gas Processing and Transportation (NGPTC), an NNPC subsidiary, under which the latter will subscribe for 50% in AGPC.

The Nigerian oil and gas company said that the agreements it signed with NNPC and its subsidiaries are a key precursor to the ANOH project’s Final Investment Decision (FID), which is expected in the fourth quarter of 2018.

Seplat CEO Austin Avuru said: “The execution of the agreements today is an important step as we head towards taking FID on the ANOH project later this year.

“ANOH is one of the largest greenfield gas and condensate developments in Nigeria which will supply critical and much needed gas volumes to be internally consumed in country into a growing domestic market.”

Avuru added that AGPC could deliver the ANOH project within the next 18 months and reach its goal of being an important gas supplier to both the domestic and export market.