Nigerian National Petroleum (NNPC) and its partners have awarded awarded front-end engineering and design (FEED) contracts for Train 7 of the Nigeria Liquefied Natural Gas (NLNG), to enhance its output. 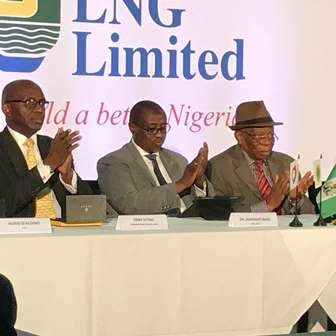 The NLNG T7 expansion project, which is estimated to cost $4.3bn, is intended to increase NLNG production capacity from 22 million tons per annum (Mpta) to over 30Mpta.

It work involves debottlenecking of T1-6 and the addition of train -T7 and associated infrastructure.

The project partners plan to make the final investment decision (FID) for the project in the fourth quarter of this year.

NNPC group managing director Dr Maikanti Baru said: “Through critical interface with relevant government agencies, we have played a pivotal role in the actualisation of Trains 1 to 6 (T1-T6).

“Given the success of T1-T6, NNPC is therefore fully committed and aligned with government aspirations to replicate the success of this project. Therefore, our current focus is to kick-start T7.”

Upon completion of the FEED work, the project partners will undertake engineering, procurement and construction (EPC) pricing and bidding processes, subject to FID.

The work will result in producing basic design engineering package (BDEP) which will determine their EPC pricing.

NLNG managing director and CEO Tony Attah said: “The Front End Engineering Design is the most crucial part in the build-up to the actualisation of Train 7, after some delay and lost opportunities to reinforce Nigeria’s position prominently on the global energy map.

“Typically, FEED takes about 9-12 months but we have explored another strategy for this project by adopting the Dual FEED Process which awards this crucial part of the Train 7 project to two prospective engineering consortia, instead of one contractor.”