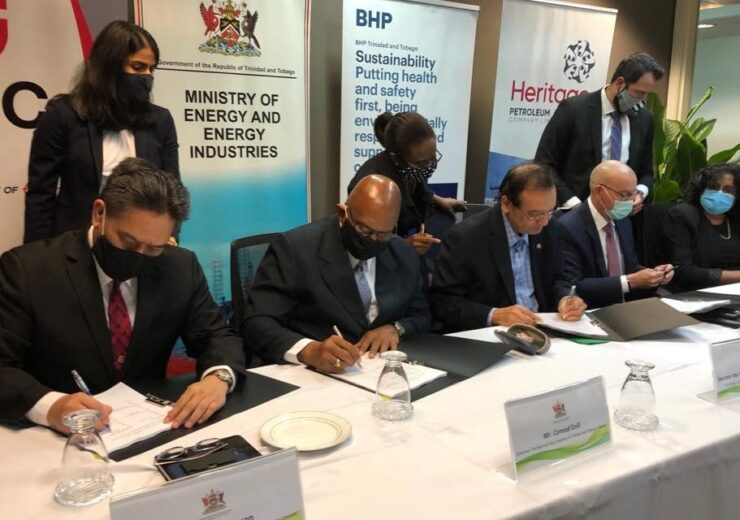 The National Gas Company of Trinidad and Tobago Limited (NGC) and BHP are pleased to announce the successful completion of negotiations of a Gas Sales Agreement for the Ruby Field. Ruby is located in Block 3(a), off the east coast of Trinidad, and is expected to be commissioned in the fourth quarter of 2021. This is just one step that both NGC and BHP have taken to secure gas supply by continuing to invest in upstream gas development projects.

BHP is the operator of the block, with NGC, through its subsidiary NGC E&P (Netherlands) B.V., and Heritage Petroleum Company Limited, as partners. This project was sanctioned by BHP in August 2019, culminating from decisions taken after gathering and analysing data acquired during exploration and appraisal drilling, and state-of-the-art ocean bottom node seismic surveying.

The Ruby project will comprise five development wells and one platform producing from the Ruby and Delaware fields in Block 3(a). Production from this Block will tie-in to adjacent infrastructure in Block 2(c) resulting in synergies for both blocks. The Ruby project’s expected production is 16,000 barrels per day of crude oil along with 85 MMscfd of gas production.

To put this into perspective, the latter is sufficient to supply a large-scale ammonia or methanol plant which would normally use between 40 to 100 MMscfd depending on the plant’s output.