The Seagreen offshore project could power up to 1 million Scottish homes, while avoiding nearly 1.6 million tonnes of CO2 emissions annually 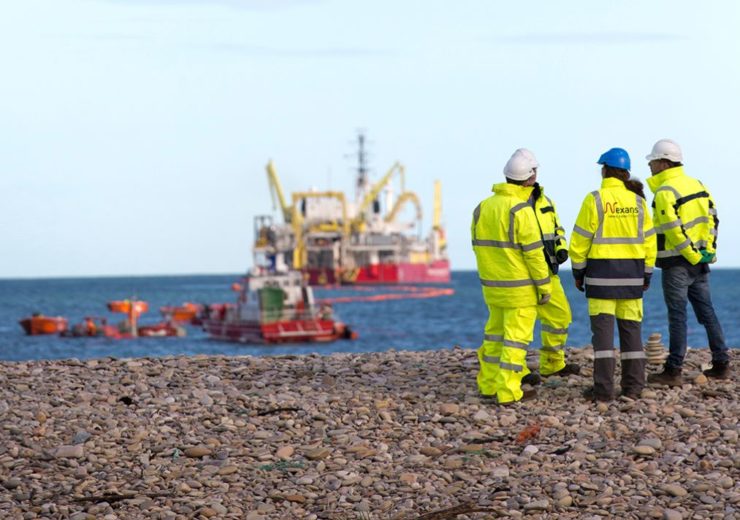 French cable supplier Nexans has been selected by SSE Renewables as a preferred supplier of export cables, for the phase 1 of the Seagreen offshore wind project to be located 27km off Angus coast.

Currently under construction, the Seagreen will include two individual wind farms Alpha and Bravo, with a total capacity of 1.07GW capacity. When completed in 2024, the facilities will form the largest wind project in Scotland.

The Seagreen offshore wind project is expected to generate clean energy, enough to power up to 1 million Scottish homes while avoiding nearly 1.6 million tonnes of CO2 emissions annually. Each of the wind farms will be powered by 70 turbines mounted on monopile foundations.

Nexans will connect the wind project to the onshore substation

The export cables are expected to make landfall at Carnoustie on the Angus coast, from where the electricity will be further transmitted to the national grid through an onshore export cable connecting to a new substation at Tealing located north of Dundee.

Seagreen Project Director John Hill said: “We are pleased to announce Nexans as our preferred supplier to design, supply and install the onshore and offshore export cable. Nexans is one of the world leaders in this field and this agreement is a major step forward for the Seagreen project.”

Nexans Subsea and Land System Business Group senior executive vice president Vincent Desale said: “We are delighted to receive this agreement from SSE and we are excited to be helping to bring the biggest windfarm in Scotland to life.”

Owned by SSE Renewables, the wind project received consent from the Crown Estate under the Firth of Forth Zone of UK’s Round 3 offshore wind farm development programme.